12 of the Craziest SAG Awards Looks We’ve Ever Seen 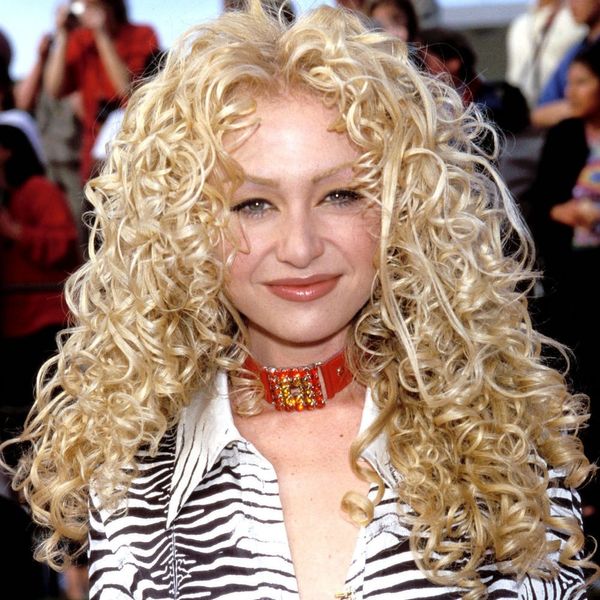 The Screen Actors Guild Awards will air in just a few short hours (catch them at 8pm/7c on TBS), and we’ve got a pretty good idea of who’ll be taking home the awards for outstanding fashion. Things weren’t always so glam when it came to the red carpet for this particular ceremony, however: Unlike the Oscars (which will be more diverse this year), for which stars don their finest couture, the SAG’s earlier incarnations of the show saw everything from belly-baring frocks to one-shouldered dress tops paired with pants (Cameron Diaz, believe it or not).

Needless to say, its earlier, more casual days have made for some pretty wild fashion statements: Check out a few of the most notable below.

1. Portia de Rossi: Girl went wild at the 2000 awards in head-to-toe zebra, with some vamped-up blonde curls to boot. (Photo via Joe Thomas/Getty)

2. Amanda Peet: Amanda’s 2014 frock was a mash-up of fabrics and prints with black striped sleeves, a floral embroidered top and a bird appliquéd skirt. (Photo via Jon Kopaloff/Getty)

3. Sandra Oh: Sandra caused a stir on 2008’s red carpet in this eye-grabbing design from Korea’s Kim Me Hee, if only for the sheer magnitude of its fabric. (Photo via Steve Granitz/Getty)

4. Tilda Swinton: Tilda always seems to be marching to the beat of her own drummer, so the unique metallic suit dress she rocked to the 2008 awards came as no surprise. (Photo via Steve Granitz/WireImage/Getty)

5. Sarah Jessica Parker: SJP channeled her alter ego Carrie Bradshaw when she dared to bare belly on the 2001 carpet in a sequined bandeau and midi-skirt. (Photo via K. Mazur/WireImage/Getty)

Not to be outdone, Kim showed up to the 2002 SAGs in an ensemble sure to make her SATC character Samantha proud: The (uber-long) pantsuit plays to her powerful PR role while the cropped halter top shows off her more, erm, playful side. (Photo via Steve Granitz/Getty)

7. Kerry Washington: Kerry Washington, pregnant at the 2014 awards, also got in on the crop-top craze with a custom Prada top and high-waisted black skirt. (Photo via Axelle-Bauer/Getty)

8. Courtney Cox: Courtney put an interesting spin on the pantsuit in 2003, with a ruffled sparkled suit top, plain white pants and shoes. (Photo via L. Cohen/Getty)

All eyes were on the Mad Men star’s bow (which ran down the length of her dress) in this bright yellow Lola Wusu number. (Photo via Jeff Kravitz/Film Magic/Getty)

Topping our list is OITNB season four’s Lori Petty, who really went for it in this pink two-piece complete with buckles and parachute pants. (Photo via Jeff Kravitz/Film Magic/Getty)
Nicole Briese
Nicole is the weekend editor for Brit + Co who loves bringing you all the latest buzz. When she's not busy typing away into the wee hours, you can usually find her canoodling with her fur babies, rooting around in a bookstore, or rocking out at a concert of some sort (Guns N' Roses forever!). Check out all her latest musings and past work at nicolebjean.com.
Celebrity Style
Style News
Celebrity Style Red Carpet