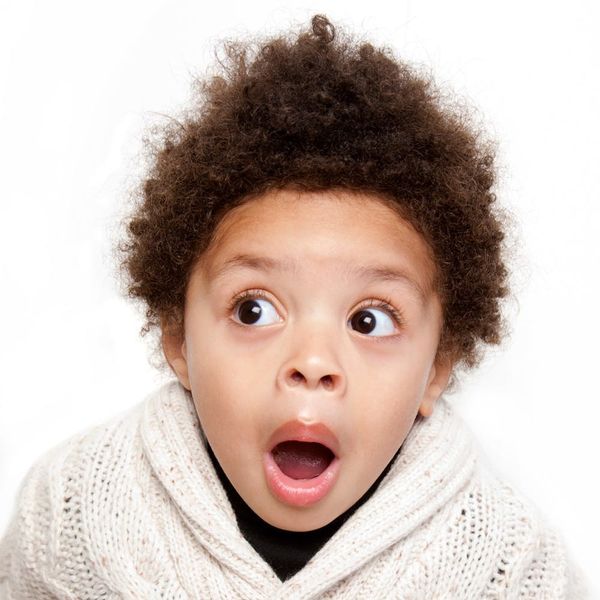 Most of the vintage names that have gained in popularity this year have obvious charms — Tobias, Clementine, sweet Adeline, Matilda and spunky Mabel — that might elicit coos from admiring older relatives. But there are others on the rise that feel more mid-century than antique, and which could completely shock your mother-in-law or Gran, who still associate them with their own in-laws or Grans. Scroll on for creative baby names that are making a fierce comeback.

1. Harold: In style limbo for decades, this name is inching back into favor, no doubt helped by its friendlier nicknames Harry and Hal — or even more by the fact that it’s the full name of One Direction’s Harry Styles. Harold “Happy” Hogan is Tony Stark’s bodyguard in Iron Man. In his former life, Harold ranked as high as Number 12 in 1917.

2. Aileen: This Irish variation of Helen rose almost 50 places this year, continuing an upward trend since 2012, and sister name Eileen is on the upswing as well. Could it be from the Aileen Morgan character on Homeland, or memories of the adorable film actress Annie of 1982, Aileen Quinn? Or a growing love for the een/ine sound?

3. Allan: Allan, one of the three spellings of this name, had a big bounce this year, up 65 places — something of a surprising resurgence, though still nowhere near its peak of #115 in 1940. Two recent bearers were the Allan Shore character played by James Spader on Boston Legal and Allan Hyde on High School Musical. The Allen spelling also saw a slight uptick.

4. Lucille: Perhaps it’s not so surprising, what with Lucy, Luke, Lucas and Luca so red hot, that Lucille is joining their club. A French name that has long lost its accent and once seemed to be the exclusive property of Lucille Ball, it has regained its appeal to baby namers, climbing 59 places last year, into the Top 300. Maya Rudolph has a daughter named Lucille, and it’s been celebrated in many songs.

5. Gerald: Gerald, nn Jerry, was such a ubiquitous Gerald Ford-and-earlier-era dad name for so long that seeing it suddenly rise up 50 places comes as a surprise. It was a Top 20 name in the 1930s, and though it’s recorded in history as presidential, Gerald Ford was actually born Leslie.

6. Ann: Though Ann has lost her position as a prime all-purpose, go-to middle name, as she was for much of the 20th century, she’s started to be used more as a first name again. Most of the more memorable bearers of the name, however — from Anne Boleyn to Anne Bronte, Anne Frank, Anne Hathaway and Anne of Green Gables — wear the e-ending spelling.

7. Robin: Guess what! American boys have reclaimed the name Robin this year — it’s up 76 places, to bring it into the Top 1000, possibly thanks to Robin Thicke, the memory of Robin Williams and maybe even to Batman’s sidekick. Robin is still well used for boys in England and is number 21 in Switzerland and 53 in France.

8. Myra: Myra, a 17th century poetic invention that was popular here at the turn of the last century, lost much of its luster over the years. Its most famous bearers include a great British pianist, a notorious British criminal and Gore Vidal’s ahead-of-its time Myra Breckinridge. Myra is now regaining some of its sheen, up almost 400 places since 2010.

9. Wayne: Surf’s up! Wayne is one of several old beach boys — along with Craig and Dean — that made it back onto their boards this year. Wayne increased 41 spots, still an impossibly long way to go before it reaches its 1941 high of #37. Wayne Gretzky and Wayne Rooney are inspirational sports heroes. And Wayne Newton is a perpetual Vegas mainstay.

10. Paula: It’s 1963 and the catchy “Hey Paula” sung by Paul and Paula is playing non-stop on the transistor radio. Flash forward to 2016, and the name Paula joins Pauline and Paulina as names on the rise, climbing over 100 places last year, represented in today’s entertainment world by Paula Abdul and Paula Patton.

11. Vaughn: V names for girls — Violet, Vivienne, Vera — have made a strong comeback, and are now joined by the smooth, sophisticated Welsh boy Vaughn, maybe as a rhyming replacement for Sean. It’s still more familiar as a surname, as in Vince and Sarah (Vaughan).

12. Zelda: Zelda is one of the fastest rising girls’ names of the year — a fact that may seem strange to your Great-Aunt Alma, who’s probably not familiar with computer/video game culture, and still dates the name back to Jazz Age Zelda Fitzgerald.