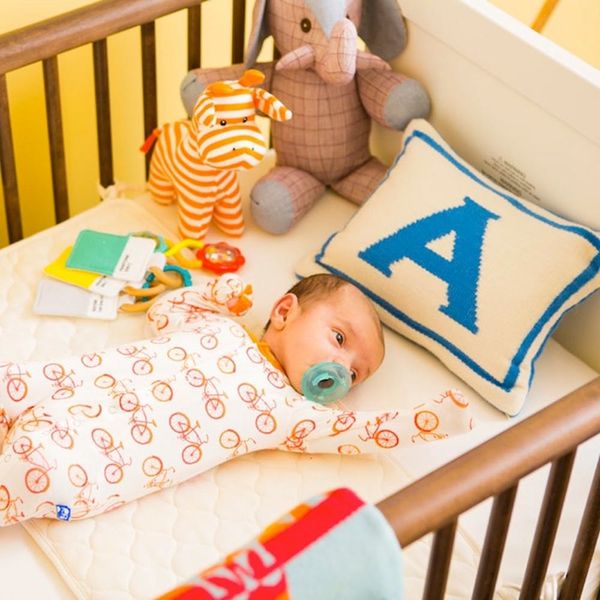 Oh baby, picking a name can seem like an impossible task. You want to set them up for success and you don’t want to give them anything too weird, no matter which celebrity name is trending. While you’re totally on board with gender-neutral names, you’re not sure if a rock-star-inspired name is right for your babe. To add to your options, every year, the US government puts out a list of the names that made the biggest leaps on the popularity list, and, for some reason, vintage names have suddenly become really hot. If you’re looking for something unique but still classic, check out the list of top 40 vintage names from Yahoo. Then let us know if you see any little Hanks or Millies in your future.

1. Marjorie: For the little twinkle in your eye, Marjorie is a form of the name Margaret and means child of light.

2. Mabel: Probably the cutest, most perfect name for your little one, Mabel means lovable.

3. Rosie: Sweet and feminine, a floral name would be a good addition to your family.

4. Leona: She’ll be oh so fierce with this female variant of the name Leo, which is latin for lion.

5. Alma: Depending on whether you look at the Italian or Latin translation, Alma means kind or soul.

6. Mercy: Originating from Spain, Mercy is a classic but still feels original and could also be a shortened version of Mercedes.

7. Hattie: It’s cute as a nickname for Harriet or just keep it as is for a modern, girly name.

9. Dorothy: It’s time to give a nod to grandmothers everywhere and pass this name on to a new generation.

10. Beatrice: Perfect for the little princess, Beatrice means “she who blesses” and has historically been the name of royalty for generations.

11. Pearl: Besides the sweet symbolism behind how a pearl is formed, this monosyllabic name would be pretty as a first or middle name.

12. Anastasia: With Russian origins, this name comes across as elegant, classy and anything but boring.

14. Felicity: It means happiness. What more could you want?

15. Mae: Switch things up a bit. Instead of spelling the name like the month, go for the old English version.

16. Olive: Quirky and unexpected, Olive is a fun modern take on the more commonly used Olivia.

17. June: This adorable name shouldn’t be limited to girls born only during the summer.

18. Frances: Spell this vintage gender-neutral name “Frances” for a girl or “Francis” for a boy.

19. Sadie: Cute and whimsical, if you really like this name and are worried about it not aging well, you could always go with Sara and call her Sadie as a nickname.

20. Rosemary: Yes, rosemary is an herb, but it’s also a beautiful name that has lots of options for nicknames.

1. Enoch: We’re guessing there are a lot of Boardwalk Empire fans out there. Coming from Hebrew origins, Enoch means “dedicated,” which could be a good thing for your little guy. We’ll leave it up to you if you’re going to give him the nickname Nucky.

3. Cassius: No matter if you’re into boxing or not, you’ve got to admit that Cassius is undeniably cool.

4. Clyde: This name is playful for a young boy but still sounds professional on an adult.

5. Samson: Far from overused, this one is a keeper.

6. Theo: Cute as a nickname for Theodore, but strong enough to stand on its own, Theo could also be used for a girl as well.

7. Gilbert: This classic name definitely is due for a come back.

9. Otto: With a whole slew of historical figures sporting this moniker, your little guy will be standing in good company.

10. Francis: This is one of the more gender neutral names on this list. Brooke Shields used it as a middle name for her daughter, Rowan Francis. House of Cards fans will definitely have feelings about this name.

11. Roland: We’re pretty excited about the nicknaming potential with this one. There’s so much to love about a little Rollo.

12. Lionel: Because you’re going to hear him roar.

13. Reuben: If you’re a huge fan of your corned-beef sandwiches, you might want to look elsewhere. Every time you speak your son’s name, you’ll likely get mad cravings.

15. Frederick: A strong name, Frederick could be shortened to Freddie for an adorable baby name.

16. Augustine: Another unisex name on the list, Augustine is timeless and beautiful no matter what your baby’s gender is.

17. Uriah: We’ll assume the popularity of this unusual name comes from the character in the Divergent series.

18. Walter: Does this make you think of Disney or White? Depending on your answer to that question, you might have the next imagineer on your hands or the next… well, we won’t go into that.

19. Franklin: Cool and dignified, any guy with this name knows what’s up.

20. Ephraim: Coming from Hebrew roots, the name Ephraim sounds a little foreign and refined, giving it that extra cool factor.

What do you think of these vintage baby names? Talk to us in the comments below!

Kate Thorn
Kate Thorn is an illustrator, foodie, photographer, and blogger at Create & Kate. She loves creating art, traveling, and all things chocolate. A native to the Great Northwest, she is currently living in London and pretending to be a mature grad student.
Vintage
Baby Names
Vintage
More From Baby Names