’13 Reasons Why’ Star Katherine Langford Might Be Starring in a ‘Love, Simon’ Sequel 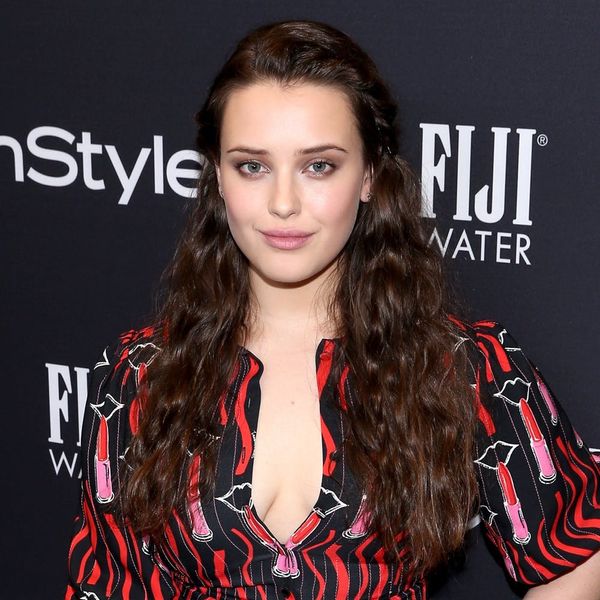 If you’re already planning to watch Love, Simon this weekend, then be sure to keep an eye on Katherine Langford’s character because it turns out that the 13 Reasons Why actress might be starring in the film’s potential sequel.

Love, Simon is already making waves as it marks the first time a major studio (20th Century Fox) has done a wide release for a teen romantic comedy with a same-sex love story. Lead by Nick Robinson as the title character, Simon, in the film based on Becky Albertalli’s 2015 novel Simon vs. the Homo Sapiens Agenda, the film focuses on Simon Spier’s coming out — and with him the entire time is Leah Burke, Simon’s best friend, played by Katherine Langford.

It now turns out that Albertalli has written a second book (set to release on April 24) that is all about this bestie, called Leah On The Offbeat, which tells the story of Burke’s own struggle with her sexual identity. The novel’s description tells us, “[Leah’s] an anomaly in her friend group… And even though her mom knows she’s bisexual, she hasn’t mustered the courage to tell her friends—not even her openly gay BFF, Simon.”

It continues, “So Leah really doesn’t know what to do when her rock-solid friend group starts to fracture in unexpected ways. With prom and college on the horizon, tensions are running high.” With those she cares about fighting around her, Leah doesn’t know what to do when she realizes “she might love one of [her friends] more than she ever intended.”

Though a Love, Simon sequel has yet to be announced, this follow-up book certainly seems to provide a perfect plot for a potential film. And with Katherine Langford’s star rising — you’ll be able to see her return as Hannah Baker in season 2 of 13 Reasons Why — it’s very likely that she’s ready to lead a film of her own.

Be sure to check out Love, Simon when it hits theaters tomorrow, Friday, March 16, and decide for yourself if you think Leah Burke should be the focus of a second film.

Would you like to see a film about a teenage girl struggling to come out as bisexual? Let us know @BritandCo!