20 Underrated Classic Baby Names That Might Just Be Perfect 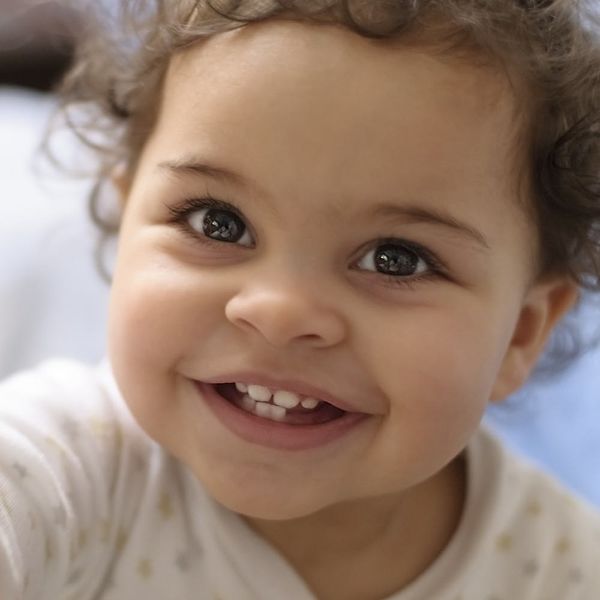 Olivia and Ezra may be topping many parents-to-be’s lists of potential baby names (not that we blame them), but for those us who are looking for a name that’s more unique, all you have to do is cross the pond. Our friends at Nameberry compiled a long list of names from birth announcements in the London Telegraph that are gorgeous, but rarely used outside of the UK. Put down that list of popular baby names for 2016 and consider some of these alternatives. If you want something original that makes people smile when they hear it because it’s so unusual (in the States), here are 20 popular British names that we should definitely bring overseas.

1. Alma: This pretty name means “soul” in Spanish, and has been connected to characters in The Hunger Games and American Horror Story, as well as Michelle Williams’s character in Brokeback Mountain. Popular a century ago, this name is making an adorable comeback.

2. Claudia: If you read every single Baby-Sitters Club, then you’re already familiar with this spunky name (we heart you, Claudia Kishi!). Ann M. Martin wasn’t the only author to use this name, which is the feminine version of Claude. Agatha Christie and Anne Rice have also had main characters named Claudia.

3. Constance: Meaning “steadfastness,” this subtle name can be easily shortened to the nickname Connie. For Friday Night Lights fans, we’re already familiar with Connie because Tammy Taylor was played by the stunning Connie Britton. Though it’s not popular stateside, it ranks #120 in France for girls names.

4. Electra: This Greek-origin name might make you think of the tragic Greek play by Sophocles, or even the Marvel comic character Elektra. This beautiful the name means “shining” and “bright,” which makes it a perfect name for your new baby girl.

5. Henrietta: This regal-sounding name is the female version of Henry and can be shortened to cute nicknames like Etta, Hetty and Hattie. King Charles I’s wife was named Henriette and her daughter shared her name, though she was commonly known as Minette (another cute version of the original).

6. Isadora: If you love the name Isabella, but feel like it’s overused, Isadora is a lovely alternative. The Greek name is the name of singer Bjork’s daughter and can easily be shortened to Izzy or Dora.

7. Joan: There was a reason Mad Men‘s creator named one of his main characters Joan. The name was a top 50 name from the 1940s to 60s but dropped off in popularity since those decades. Plenty of powerful ladies had this English variation of Johanna, including Joan Jett, Joan Crawford and Joan Rivers.

8. Leonora: The Italian version of Eleanor, this name is popular in major operas as three characters have this name. Leonore, Lenora and Lenore are all pretty variations of the original.

9. Marian: A sister name to Marion — like French actress Marion Cotillard and Sarah Jessica Parker’s daughter — Marian was most popular from 1912 through 1934, but could easily make a comeback.

10. Peggy: Like Joan, Peggy was most popular in the 50s, when she was more likely a perky prom queen than a brazen ad agency copywriter. A form of Margaret, this name means “pearl.”

1. Alfred: This quintessential British name meaning “wise counselor” is waaay at the bottom of names for American boys, but ranks high in England, Denmark and Sweden.

2. Bernard: Often linked to those big, lovable St. Bernard dogs, this breed’s name came from the monk stationed in the Alps who set up safe housing for people trekking from Rome over the St. Bernard Pass and the dogs helped rescue anyone trapped in unsafe conditions.

3. Edmund: A variation of the name Edward (made popular by Twilight), this English name meaning “fortunate protector” hasn’t hit much popularity in the US since 1914.

4. Graham: While this Scottish name has been popular in Scotland and England for quite awhile, it’s finally gaining recognition in the US, hitting #176 in 2015. For a cute nickname, Brits shorten it to Gram.

6. Percy: Typically a French last name, this unusual name has gained some significance after being featured in the Harry Potter series (head boy Percy Weasley just perked up) and Percy Jackson from the Heroes of Olympus series.

7. Quentin: This Latin origin name means the “fifth.” If you’re a fan of filmmaker Quentin Tarantino, you might like this name, which can also double as a girl’s name.

8. Roger: Originally used in World War II era as shorthand between military personnel as a way to communicate that messages were received, the name had a popular run of being on the Top 100 US boys’ names for 55 years, but hasn’t made a resurgence in awhile.

9. Solomon: This Biblical name comes from the Hebrew word, “Shalom,” and means “peace.” Writer Toni Morrison’s acclaimed book Song of Solomon may be one reason why the name has started to appear on name lists again.

10. Victor: This is one of the rare names that was popularized from a female name. During Queen Victoria’s reign, many English-speaking countries adopted the “conqueror” name. Currently a hit in Denmark, Belgium and Spain, the Italian version, Vittorio, is also just as interesting.