4 Winter Olympians Who Have Unique Side Hustles at Home 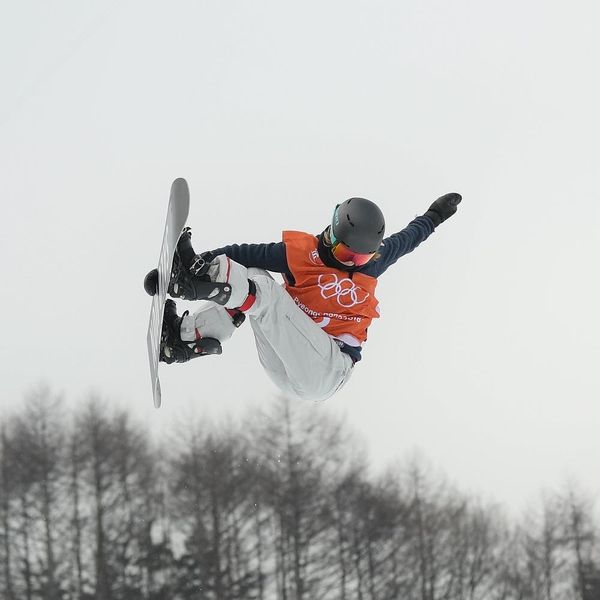 Ever since the 2018 Winter Olympics in PyeongChang kicked off with an electric Opening Ceremony, we’ve been glued to our televisions watching decorated athletes crush world records and claim their Olympic glory. But while these competitors are known for their outstanding athletic performances, most Olympians still need to make a living outside of the sports world. Sure, all US athletes can apply for sponsorships, endorsements, and earn a medal bonus from the US Olympic committee for each medal won ($25,000 for gold, $15,000 for silver, and $10,000 for bronze), but the reality is the road to the Olympics is expensive, and some Olympians chose to help fund their Olympic dreams by starting a side hustle — including these four athletes competing in PyeongChang.

Next up on my #ittakesavillage series is Tschana, my conditioning coach. I started working with T in 2010 after my third Olympics. I had always been athletic, but never really committed to a fitness program full time. We did some baseline fitness tests and when I asked her what my results were, she replied, “you must be really mentally strong.” 😂 That’s like telling someone they have a nice personality or inner beauty. I could have been offended, or thought of it an opportunity. I thought that working out could be an untapped resource. — I told her I would give her four years and I would work my tail off, it’s now been eight. My work with her has been the backbone of the later part of my career. From 2010-2014 my win percentage went up to 86% and I was the only person on the US snowboard team who did not require any surgeries during that time frame. She has made me durable and contributed a great deal to my longevity. — I will never forget the time she threw half a cord of wood off my deck just so I could throw it back up to the second story for a workout. When I land flatter than flat and don’t fall, I always thank T after. I secretly love when she assigns me 60 pull ups a day, just to see if I can do it. Someday I will miss the jokes about me getting kicked off the team if I don’t get a new PR. — I will never beat her in a foot race and no one has ever made working out so fun. She has pioneered what the ideal training program for a halfpipe snowboarder should be and she constantly pushes me to dig deeper and be better than I ever thought I could be. She knows how to deal with my insecurities and combat my doubt with truth and affirmations. I am convinced that T is the best conditioning coach out there, but more than anything she has become a good friend. T, thanks for all the pull ups and thank you for your friendship. #ittakesavillage

1. Kelly Clark: Kelly Clark is an Olympic beast — she’s a decorated American snowboarder (she’s won gold and bronze medals for Team USA), she’s currently competing in her fifth Olympics in PyeongChang, and she’s widely recognized as one of the greatest female snowboarders in history. But when Clark isn’t hitting the slopes, you’ll most likely find her creating her own original furniture with her company Sparrow Creative Co. “A few years back I was furnishing my home, and as I looked at furniture, I didn’t love much of it,” says Clark. “It was generic and it cost a lot for what it was. I thought I could make something more original. So I started making furniture and I ended up loving it. I have made outdoor couches, dining tables, entertainment centers, side tables, coffee tables, and headboards.”

Huggin it out after practice 🤗

2. Evan Bates: Ice Dancing pair Evan Bates and Madison Chock are already stealing hearts in PyeongChang as both a romantic couple and a pair to watch on the ice. During Bates’ sparse off-time when he’s not training, he loves jamming out on the guitar. But this musically gifted skater does more than strum chords; he actually makes guitars. “I spent my free time one summer in my friend Hugh Bray’s woodshop,” says Bates. “He helped me make this vintage custom telecaster. We started at the beginning of the summer with a slab of basswood. After about six months of work, the guitar was finished. In the process, I learned a ton about woodworking and craftsmanship. I can’t thank him enough for showing me the ropes of making my first guitar. We’re already talking about making another one!” We’d totally buy a guitar handmade by a decorated Olympian!

Dear Universe💫! It's official! @leica_camera & I designed a special edition Leica Q "snow" together! 300 will be made and available from march/18 📸: by @mrdavidavid

3. Iouri Podladtchikov: Russian-born Swiss snowboarder Iouri Podladtchikov is an incredible athlete who won the gold medal for the halfpipe in the 2014 Winter Olympics in Sochi. Unfortunately, Podladtchikov took a hard fall in the men’s superpipe event during the X Games just a few weeks ago, and despite traveling to South Korea for the 2018 Olympic Games, he decided to forego his spot in the competition, as his brain needed time to recover from the bruises he sustained in early February. When Podladtchikov isn’t performing mind-blowing tricks on the mountain, he’s taking incredible photos for his photography side hustle. In fact, he recently partnered with Leica to design a new version of their popular Leica Q camera which was just released earlier this week. Featuring a stunning pure white trim in premium real leather, there are only 300 cameras available in the entire world. “As a brand ambassador, it’s a fascinating feeling to have inspired a special edition of a camera, but I also see it as an enormous responsibility,” says Podladtchikov. As someone who has already published two photography books and plans to open his own studio soon, Podladtchikov was quick to dispel the rumors that he chose the white frame solely because it resembled snow: “White — for me, that also means ‘carte blanche’ — it’s up to you. It’s time to get creative,” Podladtchikov says. We’re sold!

My gorgeous number one fan made it to South Korea

4. Joey Mantia: After competing in the Olympics once before in Sochi, Mantia is back for the 2018 Winter Games as a speed skater for Team USA. Despite being vocally disappointed with his eighth-place finish in the 1500 meters, this young champ still has three more chances to medal in this year’s Olympics. When Mantia is home, you’ll most likely find him sipping a cup of java at a coffee shop on the University of Utah campus called Coffee Lab, in which Joey is an investor and co-owner. “Fun fact: I never drank coffee at all until I owned a third wave coffee shop,” Mantia writes on Instagram. “Now I can’t live without it.” Here’s hoping all that caffeine fuels this deserving Olympian to a gold medal.

Ashley Macey
Ashley Macey is a lifestyle freelance writer who loves all things fitness, wellness, and creativity. When she's not exploring her home in the Pacific Northwest with her dog Max, you'll probably find her curled up with a good book and some hot tea. Follow her daily jaunts on Twitter.
Creativity
Pop Culture
Creativity Olympics The Art of the Side Hustle