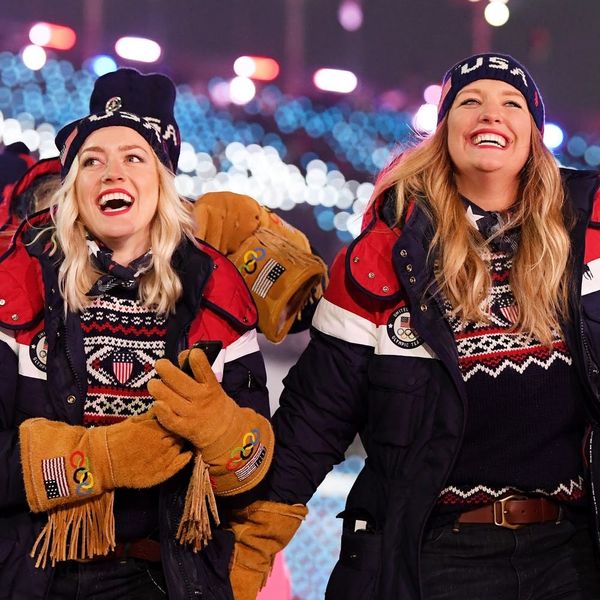 It’s officially here! The 2018 Winter Olympics, taking place in PyeongChang, South Korea, kicked off with Friday’s Opening Ceremony, which saw all of the competing teams triumphantly enter the arena for the Parade of Nations.

Team USA was led in by flag bearer Erin Hamlin, the first American to win an Olympic singles luge medal when she nabbed the bronze in Sochi in 2014. Behind her, the rest of the athletes excitedly waved and smiled, dancing along to Psy’s 2012 hit “Gangnam Style,” as US Vice President Mike Pence cheered them on in the stands.

The group dressed warmly for the cold South Korean temperatures, donning custom *heated* Ralph Lauren outerwear as they snapped selfies and videos of the proceedings.

History was made by this year’s US Olympic team before any competition even began — with 242 athletes, it’s the largest competing group in history. (Team USA’s previous record was 222 athletes at the Sochi Games in 2014.) Not only that, but the 2018 games mark the first time that openly gay male athletes are representing the US at the Winter Olympics: Freestyle skier Gus Kenworthy and figure skater Adam Rippon will both compete.

If you’re wondering how you can tune in to watch Team USA and others compete, check out a day-by-day TV schedule of which events will be airing and when right here.

And if you missed the live broadcast of the Opening Ceremony (it was on early!), don’t worry — NBC will re-air it on Friday at 8pm ET.

Are you excited to watch the 2018 Winter Olympics? Let us know @BritandCo!