6 Ladies Told Us Why They *Love* Being Single 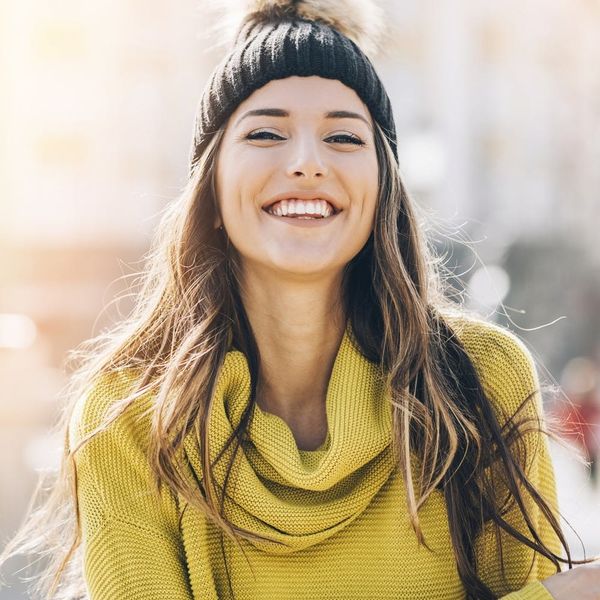 Cuffing season comes with cold weather, festive office fêtes and lots of would-be romantic holiday sparkle — any of which have the power to make any happily single gal wish she had someone special to snuggle up with. While there’s definitely not anything wrong with hopping on the newly relaunched app Hinge in hopes of experiencing a date that’s as cozy as a PSL, the impending holiday season can also be an amazing time to reflect on how great (and healthy!) being single really is. From skipping a partner’s boring work bash to the ability to change your plans on a whim without consulting with anyone, six fabulous single ladies told us what they love most about their status.

YOU GET TO BE SELFISH

“I’m single — and while it has the occasional ‘it’s too quiet in this house’ or ‘I don’t have anyone to eat with’ factors, it’s largely pretty awesome,” says Kylie, the in-house director of public relations for a well-known internet marketing company. “I’m a working professional in a demanding job. Sometimes this means working outside of normal work hours, which is actually my favorite part of my job. While some of my coworkers feel the need (or the guilt!) to go home at a ‘decent’ hour, I never have to deal with that. I’m free to work as often, as late and as hard as I want — a freedom our society often only affords to men.”

Kylie also tells us that she loves being able to relax exactly how she wants to when she gets home. “I don’t have to worry about answering to anyone, anyone needing anything from me, or finding common ground on what to watch as I stretch out on my king-size bed. If I was in a relationship, I couldn’t be so selfish. But I’m not — and embracing the opportunities that come with being single is pretty amazing.”

YOU TRULY APPRECIATE YOUR OWN COMPANY

Kayla, another #girlboss who works in PR, told us how much being single has made her appreciate her OWN amazing company. She confesses, “I used to hate being single because I would always look at couples and think ‘why not me?’ But, I’ve recently not only accepted but embraced the single life as one should after being single for five years.”

Kayla says that she’s totally taken the time to learn how to love herself. “I’ve become a really strong and independent female taking Los Angeles by storm,” she says proudly. “It’s made me appreciate my own company so much that I’ve started doing things I typically wouldn’t do alone. I go to concerts, take day trips, go shopping and explore hidden cities. I’m in my early 20s, and I think it’s a wonderful time to spend time alone and experience the world through my own eyes.”

YOU BECOME AN EXPERT IN SELF-CARE

“I’m very single and have been for much of my lifetime, having never dated anyone for longer than three months at a time,” Heather, an LA-based writer who also works in social media, shares. She tells us that she spends the better part of her days writing in ways that allow her to challenge her sense of self while bringing her dreams to life. “Over the years, being single has allowed me to really become my own best friend and love who I am as a person. It’s actually my own greatest form of self-care.”

YOU CAN BE TOTALLY INDULGENT

Rebecca, another hardworking “get it girl” who works in PR, totally appreciates the single life. She jokes, “I’ve been single for almost three years now while most of my cousins who are the same age (or younger) are engaged, married or have a baby. To top it off, I do PR for bridal clients. Having recently rocked it during New York Bridal Week, I should probably start my own hashtag story: #AlwaysABridalPublicistNeverABride.”

She went on to say, “All kidding aside, though, I thoroughly enjoy and LOVE being single. After all, pizza and Ben & Jerry’s were created for single girls to enjoy after a long day of work (and for when I scroll through my Facebook feed and see a friend’s engagement photos from her trip to Paris). Sure, I get a little jealous — but at least I have my big, comfy bed to myself tonight, next month and probably next year.”

Her long-term perspective is pretty spot on too. “I’m not going to spend a lifetime being single (or maybe I will), but I have peace in knowing that it can take time to find the right person and, until I find that someone to share my life with, I love that I don’t have to share my bed with him tonight.”

It’s no surprise that Peggy, the brilliant brain behind lollipop-biz Dosha Pops has a jam-packed schedule and loves an impromptu networking opportunity. She tells us that being single makes it way easier for her to talk with new people, which she loves. “I find that it’s easier to meet people solo because it’s less intimidating to talk to someone when they are alone. It’s great networking.”

She also notes that getting a seat at a restaurant is easy because you can sit at the bar, rather than waiting for a table. “I’m not on anyone’s schedule except my own,” she says. “I even have time to enjoy the sights on my walk home, and I try new things all the time.” Among the latest and greatest? She tells us that she plans to celebrate her birthday by performing the infamous “Thriller” dance in the Greenwich Village Halloween Parade this year. “I don’t need an explanation of why or how I can make time to do it,” she announces. “Why? Because I’m single!”

YOU CAN MAKE DECISIONS ON THE FLY

“I’ve been rolling solo for all of my 23 years, unless you count a brief fling with the boy who sat next to me in the first grade,” Laura Simis, comedy writer and the blogger behind Girl Interrupting, shares. “He shared the tiny cloth teepee in the corner of the classroom with me during nap time, sometimes gave me his fruit gushers and we kissed on the lips once when we were dared.”

Though she named a few of the obvious perks of being single (never having to split dessert is a solid one), she says that having the ability to make decisions based on what’s completely best for her is the number one thing she treasures. “I don’t have to compromise on how I spend my time, whose family I’m going to spend Thanksgiving with or how much time I spend at work. There’s so much going on in the world and people are busier than ever, and while I look forward to someday having someone to share my life with, it’s fantastic to be able to focus entirely on what my own needs and goals are.”

Are you a single lady who’s loving it? Tell us all of the amazing reasons why @BritandCo!

Krista Gray
Krista Gray is a web producer and freelance writer who lives in San Francisco. When she's not working with clients through her company GoldSquare, she loves reading, traveling, and learning new things.
Halloween
Relationships
Halloween
More From Relationships