7 YA Books to Keep Your Summer Days Cool 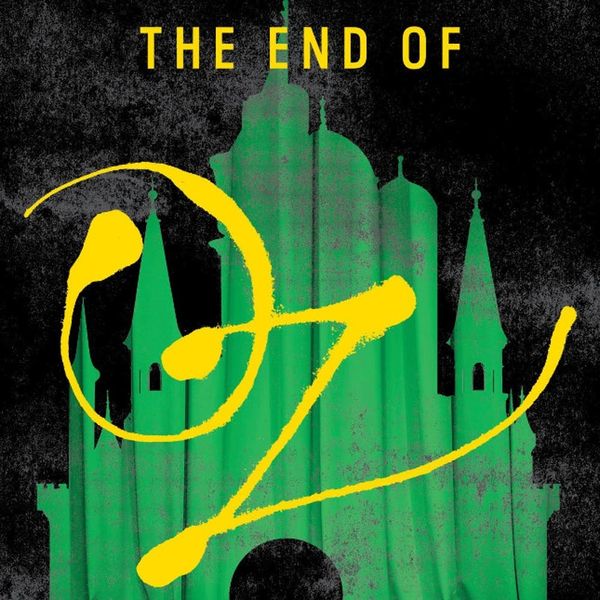 Summer is the perfect time for devouring thrilling new reads… and that definitely includes those that fall outside of our age group (and we’re fine with it). For YA novel and middle-grade genre enthusiasts, these are the only books you’ll need to include in your coveted summer literature plans — happy reading!

1. This Is Not the End by Chandler Baker ($18): Being a teenager is a grueling enough experience as-is, but when 17-year-old Lake Deveraux survives a car crash and must decide whether to resurrect her boyfriend or BFF, her life becomes impossible. A deeply emotional supernatural thriller with the perfect romantic twist, This Is Not the End will totally capture your imagination this summer.

2. Our Dark Duet by Victoria Schwab ($18):New York Times bestselling author Victoria Schwab delivers the long-awaited conclusion to The Savage Song — and trust us; it doesn’t disappoint. A darkly woven fantasy brimming with monsters, inner demons, and the quest to fight for humanity, Our Dark Duet is the bittersweet romance that you’ll be swooning over well into fall.

3. Gabby Duran: Multiple Mayhem by Elise Allen and Daryle Conners ($17): If you think your babysitting recollections are stressful memories, try putting on Gabby Duran’s shoes for size — she has to keep tabs on 13 alien babies, including the elusive One. Throw in the responsibility of keeping the entire world safe, and that’s what we call pressure. Magnificently written from the first page to the last, Multiple Mayhem is one of this year’s wildest plots.

4. Now I Rise by Kiersten White ($19): This is the Game of Thrones of the YA genre — and yes, you need its every intense, drama-laced sentence in your life. A gorgeous trifecta of toppling empires, the unstoppable winds of destiny, and brave siblings who must navigate it all, this dark and epically stunning work of prose is going to enchant you from the very first word (and not let you go until the last).

5. Wendy Darling: Volume Three by Colleen Oakes ($16): Wendy is once again under the spell of Peter Pan’s charm… but with Hook as her ally, she will venture to defeat his inner evil and the elusive Shadow that controls Neverland. With a charged fantasy dripping with manipulation, mermaids, pirates, paradise, and an undeniable love, Oakes proves once again that she is the master of delivering the most satisfying of adventures.

6. I See London, I See France by Sarah Mlynowski ($18): Teenager Sydney will be spending four and a half wonderful weeks touring Europe with her childhood bestie Leela… but secret romances, cheating ex-boyfriends, and thorny relationships quickly become the trip’s main attraction. This unforgettable adventure will take readers from Amsterdam to Italy and down every avenue of pure heartwarming satisfaction, as one girl finds herself where she never expected.

7. The End of Oz by Danielle Paige ($19): The magical city of Oz didn’t stop existing after Dorothy’s classic adventure: In fact, the best of the adventure starts in the imagination of Danielle Paige. Her protagonist Amy Gumm killed Dorothy after the allure of Oz corrupted her — or at least that’s what she thought. When Amy discovers a revenge-hungry Dorothy, she must not only battle to save her own life but also fight for the future of the kingdom she loves. A mesmerizing narrative that matches the magnificence of the prequel, The End of Oz is one of Paige’s most enrapturing works.

What new YA release are you looking forward to cracking open under the summer sun? Tweet us @BritandCo!