9 of the Most Memorable Celeb Pregnancy Announcements from 2016 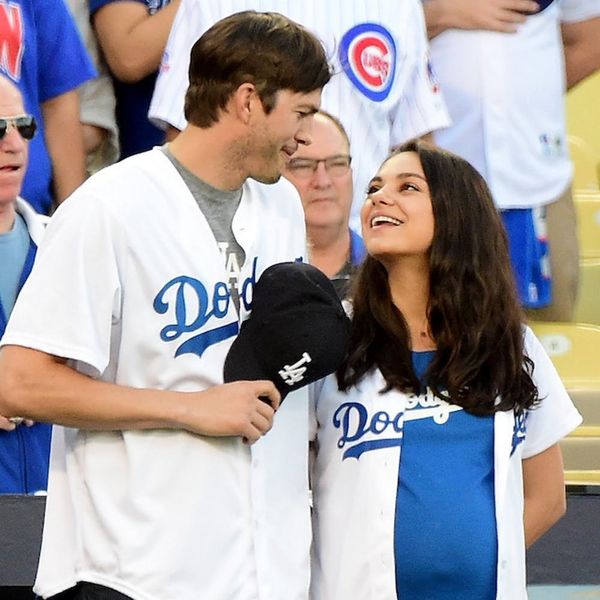 We’ll admit it: We’re TOTAL suckers for when celebrities use social media for big life announcements. We’ve seen everything from heartfelt and personal messages to engagements to celebrating the addition of a puppy to a family, but nothing quite gets us right in the heartstrings like a good old-fashioned pregnancy announcement.

1. Blake Lively: Blake and hubby Ryan Reynolds tried to keep their second pregnancy out of the public eye (like anything to do with their family), but when Blake was on Seth Myers to promote The Shallows, it was finally confirmed. After scolding him for committing the faux pas of congratulating her on a pregnancy that she’d never confirmed, she laughed and said “Yes, you’re guessing correctly. This is not brownies, thank you!”

Kitty doesn't seem as excited about this as we are... I'm so happy to share the good news that my husband and I are expecting a baby later this year! We are thrilled and so thankful for this blessing ❤️ #pregnant

2. Lacey Chabert: Lacey announced that she was expecting her first baby with husband Dave Nehdar by dressing her less-than-impressed Chihuahua in a T-shirt with the news written on it. They welcomed their daughter in September.

3. Kevin Jonas: Kevin and his wife Danielle announced that they were expecting their second child with an elaborate photoshoot. Pictured in bed and surrounded by snacks, with Kevin reading What to Expect When You’re Expecting, these two clearly don’t take themselves too seriously.

4. Janet Jackson: Rumors started back in the spring that the 50-year-old singer was pregnant with her first child, but it wasn’t confirmed until she posed for some stunning shots showing off her adorable baby bump for Peoplethis fall. We await the little one’s arrival (im)patiently!

5. Geri Halliwell: In addition to making new music with a reformed Spice Girls (sorta), Ginger Spice announced this fall that her and her husband Christian were expecting their first baby together. She made the announcement with a sweet and kinda coy line drawing on her Instagram, with the caption “God bless mother nature #mamaspice.” This will be Geri’s second child.

Decided to try my hand at blogging so I could share my family life, hobbies and passions with my incredible fans. If you're into cooking, crafting, gardening, entertaining or just looking for some ranch life inspiration come check it out! thoseheavenlydays.com #thoseheavenlydays Photo by @cheyenneellis

6. Katherine Heigl: Katherine announced in the summer that her and hubby Josh Kelly were expecting their third child together, which also happened to be Katherine’s first pregnancy (their other two children are adopted). “This is an incredibly exciting time for us filled with hope, anticipation and hormones,” she told People at the time. “We couldn’t be more excited to be able to finally share this news with our fans and are looking forward to continuing to share the journey with you all. xoxo, Katie and Josh.”

7. Mila Kunis: This one fell into the “non-announcement” category, but it didn’t mean we were any less excited to hear the news of baby number two for Mila and Ashton. They had their baby boy just a few weeks ago. (Photo via Harry How/Getty)

Baby bump alert! 👶 #AmandaSeyfried is pregnant! The actress is expecting her first child with fiancé Thomas Sadoski. Click the link in our bio for all of the details. |📷: Sylvain Gaboury/Givenchy

8. Amanda Seyfried: Amanda pulled a surprise announcement by showing up to a Givenchy fragrance launch with a baby bump showing through her gorgeous LBD. She has since said that the pregnancy was having some weird side effects, like giving her the ability to smell TV. Amazing.

9. Pink: Pink and husband Carey Hart announced they were expecting their second child just a few weeks ago with an EPIC baby bump Instagram. Standing amid a stunning, golden fall backdrop and in a flowing white dress with daughter Willow hugging her bump, Pink simply wrote “Surprise!” Indeed! The kind of announcement we live for.

What celeb pregnancy were you happy to hear about this year? Let us know over @BritandCo!