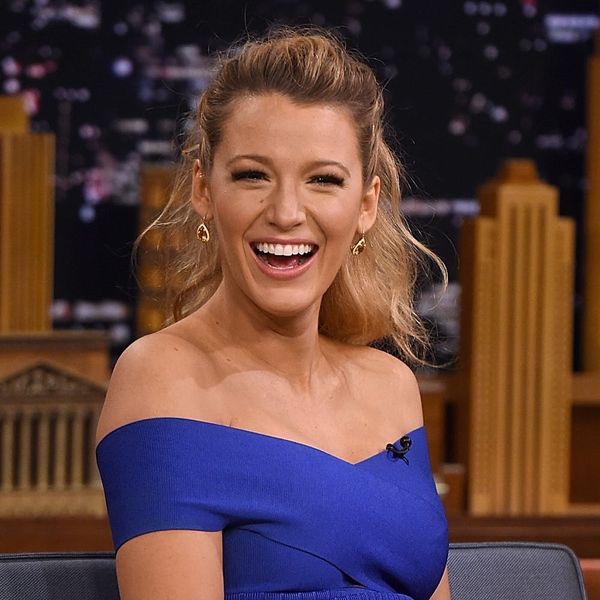 Curly hair wasn’t the only thing that Blake Lively revealed yesterday. Teasing fans with an ever-growing baby bump that she was definitely not trying to hide, Seth Meyers nabbed the news that everyone’s been waiting for. But she didn’t give him an easy time of it, taking the teasing to the top before finally letting him off the hook and revealing what we’ve been speculating about for weeks now.

Things became apparent that Blake was about to become a parent again when she started showing up on the Cannes red carpet with a belly that was much rounder than her normal waistline. As she continued to step out in belly-bump fitted outfits, there was really no doubt that she and Ryan Reynolds were adding to the family. After all, they do want an unusually large family, and with just one toddler already, they need to get their “breeder” ways shaking.

But while we all suspected that little James was about to become a big sister, neither Blake nor Ryan had actually confirmed what we thought we all knew. That all changed yesterday when Blake appeared on Late Night With Seth Meyers.

Congratulating his guest on her upcoming arrival, Blake responded with a cheeky, “What makes you say that?” Then reminded him that until you know for sure that a lady is expecting, “you don’t ever say that to a woman.” She then told a cringe-worthy story about her mom once making a major faux-pas by congratulating a woman on her pregnancy who was, you guessed it, not pregnant. Eep!

But it didn’t take long for Blake to let Seth off the hook. “Yes, you’re guessing correctly. This is not brownies, thank you!” She added a belly rub to indicate the little bundle of joy in that adorable baby bump as the crowd cheered for the confirmation of a new Hollywood baby.

Watch it play out in the video below.

Did anyone suspect that you were pregnant before you broke the news? Tweet us @BritandCo!