Hold Up, Did the Spice Girls Just Change Their Name?! 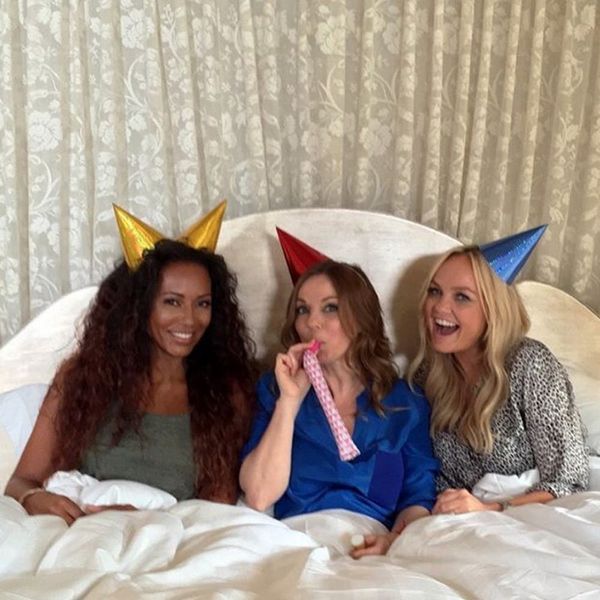 Rumors of a Spice Girls reunion have been swirling for years now. We might be grown adults now, but that doesn’t mean we wouldn’t dish out some big bucks to see the girls rock out to our favorite ’90s hits on stage. Back in March, US Weekly reported that a tour was officially in the works (sadly without Sporty and Posh) but since then, we haven’t heard much – until now.

This morning the three members of the band involved in the reunion, Ginger Spice (Geri Halliwell), Baby Spice (Emma Bunton) and Scary Spice (Melanie Janine Brown) mysteriously dropped a video on YouTube with a “Happy Birthday” message to their fans as well as some other mysterious information. Melanie tells the camera, “We want to celebrate and have a party! And when we do, you’re all invited!” So, uh… we have a few questions. First, what exactly do you mean by “party” Scary?! Second, What’s the significance behind the “GEM” title of this video? Is the band renaming themselves as a trio without Posh and Sporty?

GEM, if you three could post a follow-up video ASAP, that would be much appreciated.

Cortney Clift
Cortney is the senior writer and special projects editor at Brit + Co. She typically covers topics related to women's issues, politics, and lifestyle. When she's not buried behind her computer you'll find her exploring New York City or planning her next big adventure.
Music
Celebrity News
Music
More From Celebrity News