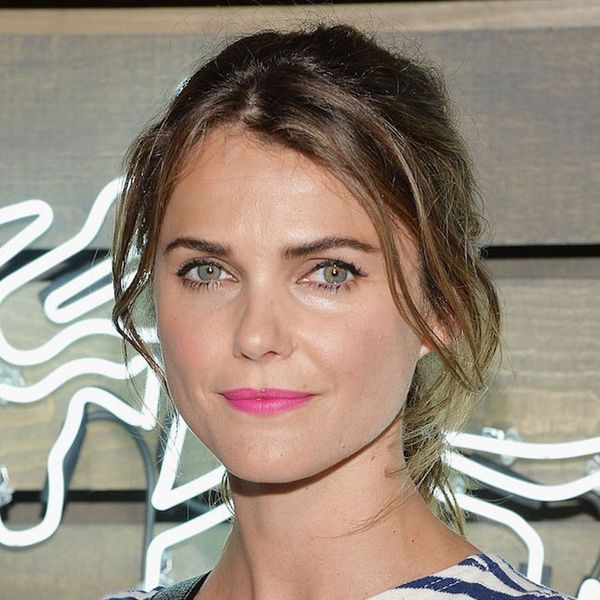 Keri Russell’s been in the game longer than you might have realized. Starting out as a kid on the Mickey Mouse Club and filling sporadic pre-teen film roles, she broke out as the namesake of the hit ’90s series Felicity.

For a while it seemed her hair might have been the bigger star; much ado was made when she chopped her trademark ringlets off and ratings for the show dropped.

It’s true — the hair was missed very much.

The close crop didn’t last long, and it wasn’t long (get it?) before she started growing the locks back out.

But just when the hair was long again, those curls took a break. If we had to guess, we’d say this was right around the consumer ceramic straightener boom of the mid-aughts. Game recognize game.

You don’t know how good it feels to run your hands through your hair till you’ve gone from curly to straight.

Of course, she wouldn’t be Keri without those curls, so it was nice to see her with her natural look every now and then.(Image via Giphy)

Then she started to experiment with a wavier look.

And BOOM. The Mission Impossible days of 2006 were the start of her now beloved simple sophistication.

It’s not often she went back to a heavily styled look like this one she wore to the premiere of Disney’s Bedtime Stories in 2008.

We weathered a quick regression into a younger look during the Running Wilde days.

And were rewarded with a hard turn back into sleek and understated territory.

DOESN’T IT FEEL GOOD TO LOOK THIS GOOD?

She hasn’t looked back since her red carpet looks started mirroring her Americans looks.

Then, Keri got on board with the ombre, wavy trend of the past couple of years.

No one does natural better.

One look at Keri at this year’s Emmys is enough to make us sit back and appreciate her effortlessly chic evolution to one of Hollywood’s brightest stars.

Which look of Keri’s is your fave? Let us know over at @BritandCo!