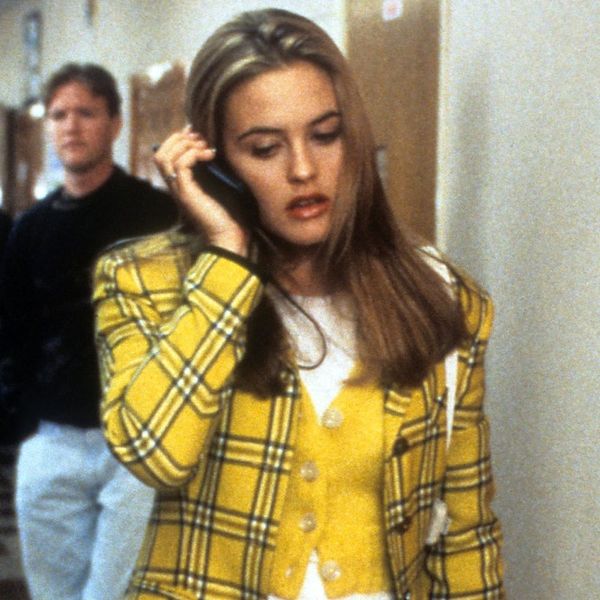 We’re totally buggin’! A new trailer for the upcoming episodes of Lip Sync Battle teases some epic-looking showdowns, including a sneak peek of Alicia Silverstone dressed up as her iconic Clueless character, Cher Horowitz.

The unmistakable yellow-plaid outfit can be seen front and center as Silverstone pulls out all the stops for her version of Iggy Azalea’s “Fancy” — the video for which, you might remember, saw Azalea and Charli XCX recreating scenes from the classic 1995 film.

We got our first glance of Silverstone recreating her Horowitz look back in the fall, when an ecstatic Chrissy Teigen shared a pic from the set of the show. “How am I supposed to sleep?” Teigen captioned the photo of her holding baby Luna and posing with the actress in her full throwback wardrobe. “I think I’ve asked for two photos in my entire life. [Alicia Silverstone] and Beyoncé.”

Teigen seems just as excited in the trailer, exclaiming, “Modern-day Cher! This is amazing!”

Competing against Silverstone on the upcoming episode of Lip Sync Battle is her American Woman costar Mena Suvari, who looks set to pull off an amazing version of Deee-Lite’s “Groove Is in the Heart.”

Of course, it’s not just Silverstone and Suvari who will be taking the stage: Real Housewives stars Ramona Singer and Melissa Gorga will face off on another episode, as will Derek Hough and Nicole Scherzinger, Bachelor Nation’s Ben Higgins and Rachel Lindsay, and more. Lip Sync Battle returns to Paramount Network on June 14.

Check out the trailer above!

Are you excited to see Alicia Silverstone do her best modern-day Cher Horowitz? Let us know @BritandCo!