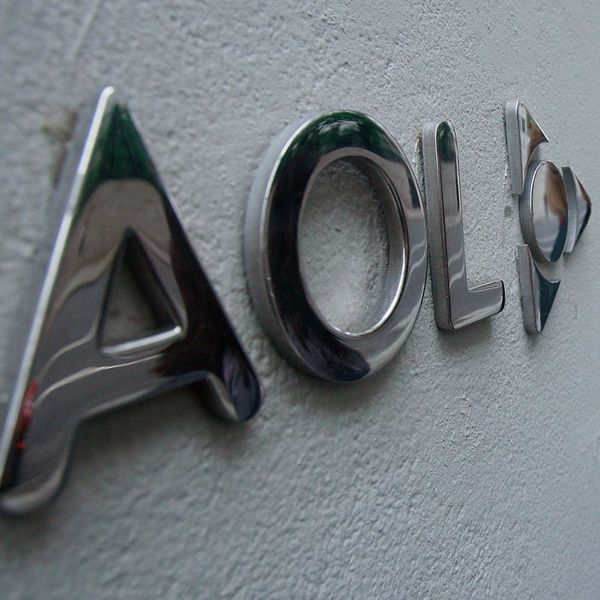 It was a sad day for kids of the late ‘90s yesterday, when AOL pulled the plug on the now-obsolete messenger service AOL Instant Messenger (AIM) after 20 years. The service, which launched back in 1997, met its final demise yesterday, but not without honor. After hosting angsty lyrics in its statuses and screen names full of double entendres for so many kids growing up in a pre-Facebook era, Twitter all but lit up with tribute, with users flocking to share their own long-forgotten “sn.s.”

Even athletes got in on the game, with the NHL posting a video with their own shared online monikers.

Everyone had an embarrassing AIM screen name and NHL players are no exception. 😆 pic.twitter.com/tBHI4hcVvN

Check out some of our favorites below, and chime in with your own if you’re so inclined (we’re signing off forever as shortcake232).

In honor of #AIM going away, I would j like it to be known that my first SN was loverspenguin

1. Cute and Cuddly: ‘Cause who can resist a penguin of any sort?

2. We’re Gelly: While gellyface008 was more likely a reference to the user’s name, it could have also doubled as a tribute to the popular gel pens of the era, no?

my sn was aegirl1002
ae was for american eagle, but also (secretly) the initials of a guy i crushed on in middle/high school

3. Sneaky, Sneaky: AEgirl1002 sneakily let the world know who her heart belonged to without saying a word.

4. Emo AF: This Coheed and Cambria nod is a totally fitting nod to the emo undercurrent that flowed through statuses galore in AIM’s heyday.

My AIM Screen Name was DFizzle12. That was my peak. #rip

5. Peak Coolness: This user was perhaps at his finest when he was known as “DFizzle12.”

6. XXX-Rated: “13-year-old me thought he understood things,” aleXXX joked of his brow-raising sn.

Goodbye AIM. I'll never forget when i innocently made the screen name LusciousCherry94 in 4th grade and my mom made me delete it

7. Too Hot to Handle: LusciousCherry94’s mom, on the other hand, was NOT here for her inadvertently racy sn.

What was your AIM screen name? Mine was Loni302 (my locker number) #RIPAIM

RIP to my AIM screen name: Smallfeet92. Lol I wonder how many people know me as that.

9. Self-Reflective: “I wonder how many people know me as that?” mused smallfeet92.

As we put AIM out to pasture, let us remember our painfully awkward screen names. RIP madsk8tress87

10. A Sign of the Times: We don’t know how much better we could sum up the beauty of the era than “Madsk8tress87” managed to with her name.

What was your embarrassing AIM screen name? Share with us over @BritandCo.

Nicole Briese
Nicole is the weekend editor for Brit + Co who loves bringing you all the latest buzz. When she's not busy typing away into the wee hours, you can usually find her canoodling with her fur babies, rooting around in a bookstore, or rocking out at a concert of some sort (Guns N' Roses forever!). Check out all her latest musings and past work at nicolebjean.com.
social media
Pop Culture
social media Tech News twitter