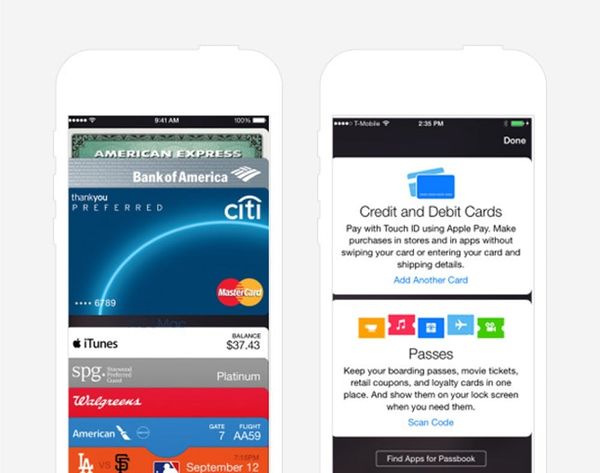 Let the countdown for Apple Pay’s official launch begin! Participating retailers and Apple store employees are preparing for the launch by kicking off Apple Pay training programs, and leaks from said training manuals and internal memos are floating around the interwebs. Here’s what we’ve learned from all the gossip.

Apple Pay can be set up via Passbook through both the initial iOS 8 setup or in a new settings tab called Passbook & Apple Pay. According to official Apple training materials, you can store up to eight debit and/or credit cards by simply taking a pic of your plastic. The app will automatically scan in the deets. (How easy is that?)

Security wise, Apple Pay has participating banks locked in with strong partnerships and agreements. Apple Pay will be a one-stop location for you to check transactions on all your connected credit cards. You’ll be able to contact your bank through the app in the event of suspicious activity. Oh, and this is pretty cool: You know how frustrating it is when your card expires and you have to update all of your profiles with the new expiration date? Apple Pay will eliminate that pain point by communicating with banks to update the new expiration date automatically. The process is so immediate, you won’t even know it happened ’til a push notification pops up letting you know the change occurred. (*singing angels chorus*)

Apple Pay is compatible with iPhones 5, 5s, 6, 6s and the Apple Watch. Rumor has it that it’s set to launch later this month, at the latest early November.

Maureen Luyun
Maureen is a writer and brunch enthusiast laughing way too loudly in Texas. If she isn't voraciously turning the pages of the latest celebrity memoir, she's probably picking up a new skill to use for a DIY project. Shopping (online and off) is her cardio, and as an avid advocate for the handwritten note, she loves to send (and receive) snail mail. Like Kanye West once tweeted, sometimes she gets emotional over fonts.
Tech