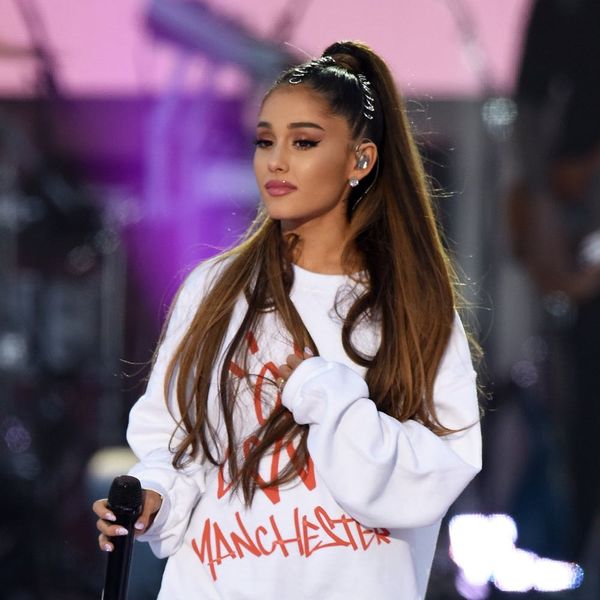 We can only imagine how the Manchester terror attack changed Ariana Grande forever. In the weeks since the tragedy, she has supported the survivors by visiting them in the hospital and very publicly celebrated the triumph of love over hate with her incredible benefit concert. Now there are reports that she got a tattoo to honor the victims of that heartbreaking night.

The 23-year-old singer chose to show her solidarity with so many others by getting a tattoo of a bee, the symbol of Manchester. Grande reportedly got the new ink on the same night as the benefit concert, where a tattoo artist was apparently set up in the green room. Several members of Grande’s tour (who were also present during the attack) received the body art in an act of remembrance and support.

While there are no pics of the singer’s own ink, a quick search of Instagram results in endless bee tattoos, proving (in Grande’s own words), “We will not quit or operate in fear. We won’t let this divide us. We won’t let hate win.”

Do you know anyone who also got a bee tattoo in honor of the Manchester victims? Let us know @BritandCo.