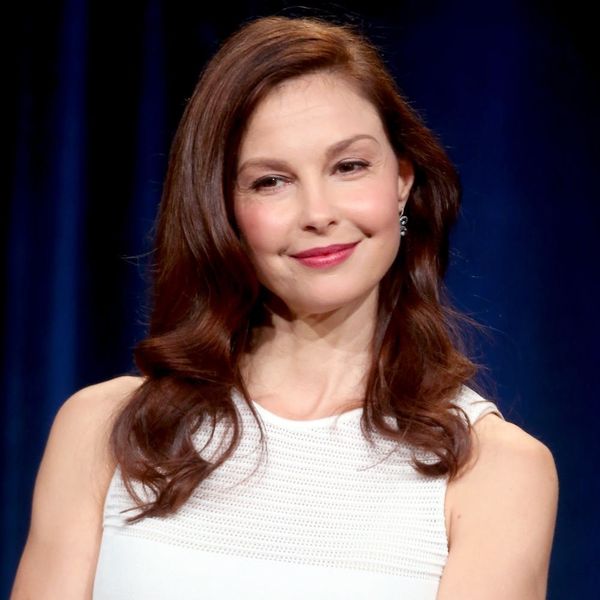 We already knew that Ashley Judd’s fiery #WomensMarch speech had a lot of people fired up on Twitter. Whether you were inspired beyond belief by her performance or hopping mad at some of the lower blows the poem she chose to read took at President Trump, there was no denying that girl evoked some FEELINGS.

One of the Twitter users that was less than thrilled just so happened to be Ashley’s big sis, Wynonna Judd, who took to social media to express her displeasure.

After reportedly writing that “she tries to stay away from that toxicity,” Wynonna launched a Twitter firestorm of her own, making it VERY clear to her 90,000 followers that she is nothing but supportive of President Trump, and that her and Ashley don’t see eye to eye when it comes to politics.

I support my country no matter who is president. I have signed for five so I will continue to show up. #Music

The whole thing is toxic. I'm not giving her all the credit. She doesn't have that kind of power. https://t.co/GuUpBnLFYM

I helped raise her. It's sad to witness such negativity. Think I'll go sing at rehearsal now.
The music heals me.

A. says to me "The only thing we have in common is 1 parent. She's still my sister. Like many families…#Dysfunctional

After getting her views out in the open, however, she was quick to clarify that she isn’t here to bash her sis personally.

I would not bash my sister ever.✌🏽

I'm going inside to sing @ rehearsal. She's my sister & I love her. We all agree to disagree in this family.

I don't support words of hate. You can love someone & agreed to disagree. In family, we cannot control anyone but ourselves…

@hall7770 I meant no disrespect. It just makes me sad to be connected to all the toxicity. I'm an artist & I'm fun dangit!✌🏽

In the end, Wynonna ended up regretting her decision to speak out at all, saying the following:

I apologize for being a part of the negativity over the last 24hrs on my site. I learned a valuable lesson from this experience.

At the end of the day, It just goes to show that even famous families have to deal with conflict when it comes to politics from time to time, but it sounds like they’re usually able to work through their differences, with Wynonna telling one fan that she “hugged her sister the last time she saw her.”

Though Ashley didn’t address her sister directly, she has responded to the speech’s backlash with an even more powerful message, posting her TED Talk about hate speech and misogyny to her Facebook page, along with a rather lengthy personal statement that offered this insight to those who disagreed. “I believe, and will continue to stand up for the message. The message, fundamentally, is the bodily integrity and sexual autonomy of all people, and that an underqualified person who is [a] known sexual predator has been elected president….The hate speech is being reported to Facebook and for a period of time, the comments section will be closed.”

She also took time out to thank those that commented with positive remarks, saying, “I must give a beautiful #HellYeah shoutout for the global outpouring of loving and fiery support from people all over the world. The spoken word poem from the march has touched many very deeply, most for all the right reasons.”

Do you have a family member you don’t see eye to eye with regarding politics? Tell us over @BritandCo.

Nicole Briese
Nicole is the weekend editor for Brit + Co who loves bringing you all the latest buzz. When she's not busy typing away into the wee hours, you can usually find her canoodling with her fur babies, rooting around in a bookstore, or rocking out at a concert of some sort (Guns N' Roses forever!). Check out all her latest musings and past work at nicolebjean.com.
Controversy
Current Events
Controversy Family Politics social media twitter