Attention Girls: We Have the Power to Change the World 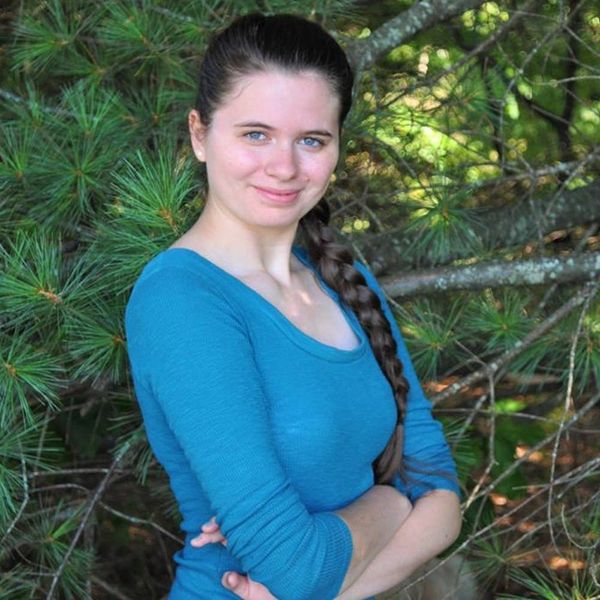 My name is Cassie Levesque. I’m 18, a Gold Award Girl Scout, and I am working to change New Hampshire’s child marriage law.

Did you know that child marriage is legal in some circumstances here in the United States? Or that the law doesn’t specify a minimum age for which girls can marry in 27 states? In my home state of New Hampshire, it is legal for girls as young as 13 and boys who are 14 to be married if a judge finds special circumstance.

I didn’t know. That is, until a few years ago, when I learned about this horrifying issue at a Girl Scout leadership conference and was inspired to take a stand.

I have been a Girl Scout for 13 years. What began as an exciting experience in elementary school to make friends and try new things continued to become a compelling leadership program that helped me stand up for what I believe in and advocate for a better future for all girls. If you told me 13 years ago, or even three years ago, that by the age of 17 I would have worked with senators, written a bill, and started an entire advocacy campaign for girls, I wouldn’t have believed you. But that is the Girl Scout way — inspiring you to act on what you believe in and instilling the skills necessary to make it happen, like confidence and perseverance.

When I got home from the Girl Scout leadership conference, I continued to research the topic and learned that child marriage not only happens in our country today, but right in my home state of New Hampshire. How could this be? I couldn’t believe it. I felt angry and disappointed that this was happening in my own backyard.

But despite these feelings of sadness, I did not feel helpless. As a Girl Scout, you learn that your voice matters and that you can make a difference. You also learn how to become an advocate, research an issue, and build your team. So, I became determined to put a stop to child marriage in New Hampshire and started researching ways to make that happen.

In second grade, when I was a Girl Scout Brownie, our troop traveled to the New Hampshire State House and had a tour with Senator Jackie Cilley. I didn’t know it then, but Senator Cilley would become instrumental in my future. When I went to her with the desire to fight child marriage laws in my state, she immediately agreed to help.

Together, we wrote legislation to ultimately try to end the child marriage bill. It took two years of spreading my message and championing my bill, including gaining the support of other state representatives (like Rep. Frederick Berrien and Rep. Ellen Read) and senators, before I stood in front of the New Hampshire House of Representatives to fight for what I believe in. That morning, as I walked into the gallery, the nerves and butterflies in my stomach turned into passion and drive.

I thought of all the girls I spoke with who were trapped in marriages and of the future girls I could save from a similar fate. I felt strong and brave.

Sadly, the House ultimately voted against the bill and to bar it from coming up again for a vote for two years. It was a blow, but only that — a blow. I was not defeated and felt more resolved than ever to make a difference for all of the girls who don’t yet realize that they have a voice.

What’s next? With the help of Rep. Frederick Berrien and Rep. Ellen Read, we will be bringing the fight to end child marriage back to the New Hampshire House of Representatives in 2018. We’re assembling an even stronger team and are ready to persevere and continue the fight next year!

But for now, I hope my experience inspires other girls to take their future into their own hands and advocate for what they believe in. I’m actually going to volunteer as a leader of a Daisy troop this fall for girls in kindergarten and first grade. Through this, I hope my experiences help these girls grow into confident and outspoken young women.

When I was a Brownie, we used to earn “Try-its” when we tried something new. If we failed or something didn’t turn out the way we expected, it was okay, because we had tried it.

Girl Scouts has given me the courage and confidence to experience life and to “try-it.” It has taught me that I have a louder voice than I ever realized and that I can do anything I set my mind to. Sometimes it might seem scary to speak up, but if we all support each other and fight for what we believe is the right thing, just imagine what we can accomplish.

To join or volunteer for Girl Scouts, visit www.girlscouts.org/join.

Cassandra Levesque is the co-author of New Hampshire House Bill 499. She’s currently a freshman in college.