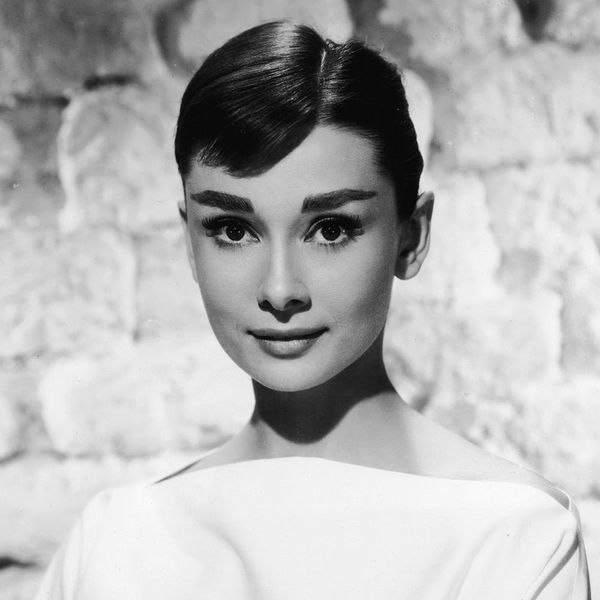 Few women have achieved true status as a style icon, and the first who comes to mind is almost always Audrey Hepburn. With her unusual voice, flawless skin and dazzling smile, Hepburn was one of the original pioneers of mid-century glamour. She would have been 86 today, and what better way to celebrate such a vibrant personality on-screen and off than to learn a little of her sartorial style.

The Power of a Little Back Dress

It’s not only one of the most iconic images in film, but also in fashion: Audrey Hepburn as Holly Golightly enjoying a pastry in front of Tiffany’s. The LBD she rocks in the movie has evolved to encompass everything from formal wear like Golightly’s to even gauzy LBDs for summer. Either way, black — which was once reserved for funeral clothing — became chic partly thanks to Hepburn. (Photo via Hulton Archive via Getty Images / LBD, Modcloth, $38)

Less Is More With Jewelry

That old adage of less is more is what helps make this stunning moment from Sabrina so impactful. We’re not distracted by anything but Hepburn’s natural beauty. (Photo via Hulton Archive via Getty Images / Earrings, A.V. Max, $60)

A Killer Topper is a Necessity

Blazers, anoraks, coats, trenches — layering is essential for that oh-so-carefree style that stars from Audrey to Blake Lively have mastered. While evening coats like the fabulous one Hepburn is rocking isn’t something we all need, a simple, easy to throw on jacket like this one helps achieve that look for daytime. (Photo via Gianni Ferrari via Getty Images / Jacket, Shopsosie, $43)

Hepburn does double duty here with a straw hat and sunnies while on vacay. (Photo via Hulton Archive via Getty Images / Hat, Need Supply, $48, and sunglasses, Komono, $100)

Borrow One from the Boys

Hepburn, like the other Hepburn, Katharine, was known as one of the original tomboys. Balance out your look with something feminine, like a heel or a skirt. (Photo via Michael Ochs via Getty Images / Shirtdress, Nasty Gal $58)

Experiment with Your Look at Least Once

She was known more for her more formal styles, including her French twists and bouffants, so it’s refreshing to see Hepburn with these playful pigtails. You don’t have to go a full 180 degrees like Julianne Hough or Hilary Duff, but even just switching up your part can bring you a sense of adventure. (Photo via Hulton Archive via Getty Images / Brit.co hair tutorial here)

Which Audrey Hepburn movie or look is your favorite? Tell us in the comments!