WHAT: This Bike Can Survive a Crash With a Semi Truck 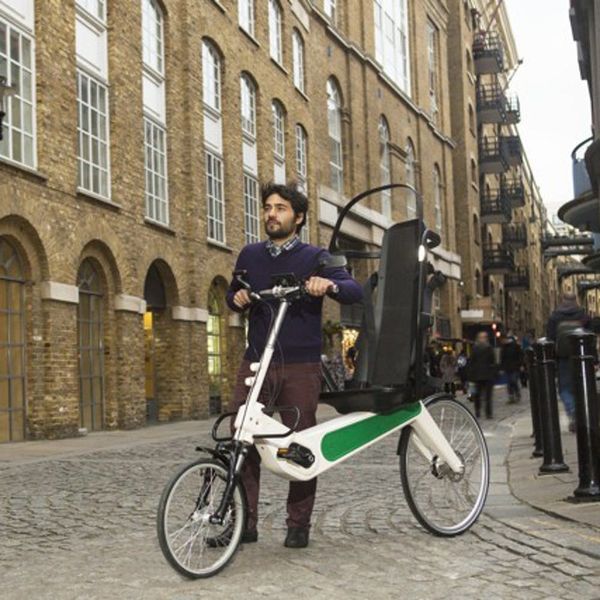 City-dwelling bike-riders — your cat-like reflexes might be a point of pride and a great conversation piece, but when you’re zooming in and out of traffic on those busy urban streets, safety is still a concern. That’s why we’re thrilled about this bike with a roll cage. Yes, it has a roll cage. After surviving a crash of his own, UK inventor Crispin Sinclair developed the Babel Bike, the world’s safest bike. With you in it, the bike can survive the impact of a full-sized semi truck.

There are two ways the roll cage protects you: 1. If you’re hit straight on, it minimizes the impact to your body directly. 2. If hit from the side by a semi-truck (the most common cause of cyclist fatalities), the bike’s cage is too large to be pulled under the truck and crushed. Not a pleasant thought, but we are glad there is a solution.

Sinclair’s goal is to make people feel more confident about cycling with his truly revolutionary bike, which even comes in a motorized version.

Ready to get involved? Fund Babel Bike on IndieGogo with a donation of £5, which is around $8. If you want a first run of bikes, it’s going to cost you something more along the lines of £1,999, or $3,000. But really, you can’t put a price on your safety.

What do you think about this new development in cycling? Would you pay the $$$$? Let us know in the comments below.

Adrienne Leonard
Adrienne’s favorite things are making popsicles, picking flowers and spending time anywhere with a shoreline. When she’s not outdoors with her dogs, Russell and Charlie, you can find her working on her domestic skills at The Free Spirited.
Bike
Health
Bike Cycling indiegogo