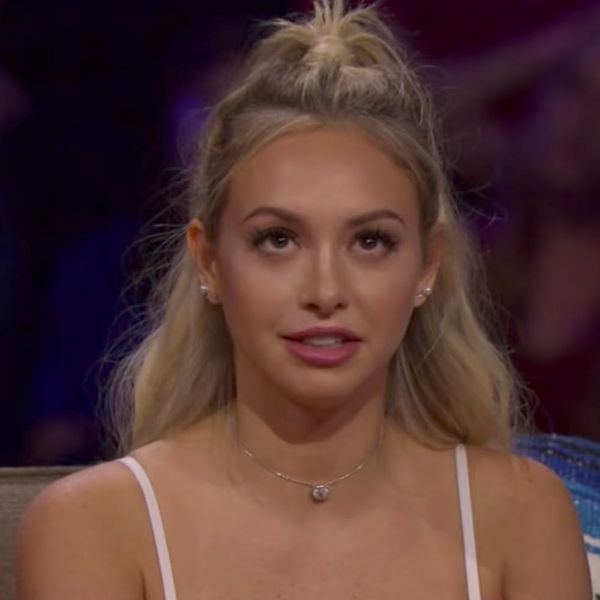 “We do want to give as many people a chance to find love as possible,” Chris Harrison says to lead off the third and fourth hours of Bachelor in Paradise this week. Though the show will later come back to the controversy it is all too willing to continue to exploit, first, we need to resolve that stunning cliffhanger from hours ago.

Daniel, the self-proclaimed Canadian wolf, has arrived and has a few very desperate women to pick from at this point. Lacey, seeing a potential set of abs to cry on, tells Daniel she’s been waiting for him. Daniel tells her she’s creepy and he gets progressively slimier (unless it’s a Canadian thing to just be really awful?) with recently dumped Scallop Fingers and Jasmine, leaving his rose as a legitimate wild card. Don’t play with these girls, Awful Canadian Daniel! They’re expecting everlasting love!

It’s finally time for the rose ceremony and Daniel’s first up! Lacey may be a creepy crier but she gets his rose. Probable personal injury attorney Jack Stone saves Scallop Fingers, leaving Jasmine on the chopping block.

But, wait! Matt’s back to give away his rose before he leaves for good! Of course he gives it to Jasmine and everyone thinks it’s the sweetest gesture… except for Jasmine, who ISN’T. HERE. FOR. IT. Girl, he just gave you another chance at remaining in purgatory with a bunch of men who don’t want to date you. Show some gratitude, I think?

Derek of course gives his rose to Taylor, having mended fences with her and what a beautiful, strong fence they’ve created. Robby, convinced that Amanda is madly in love with him because she finally deigned to kiss him, gives her his rose. Diggy makes good on giving Dominique his rose. Adam, given a choice between Raven and Sarah, picks Raven, effectively eliminating Sarah. Dean somewhat reluctantly gives his rose to Kristina, leaving Ben Z. to save D-Lo, which means Alexis is out, and I can’t keep track of all of these people please don’t send anymore good god.

Awful Canadian Daniel gets a date card from some aggressive luchadores. Lacey expects him to give his date card to her. He makes it clear that she’s not guaranteed the date card and he spends some time with Jasmine, Scallop Fingers, and even Kristina!

While I would’ve loved for him to shake things up by choosing Kristina, leaving Lacey to cry all of her tears out and eventually come back to Paradise with thicker skin and totally drained tear ducts, he chooses Lacey. They engage in luchador warfare, which is more interesting than the usual margarita/dancing dates, but leads to some gross comments about what wrestling moves they’ll use on each other later. Maybe they deserve each other?

Jonathan (Rachel’s season), the Tickle Monster (and much more likely serial killer than Jack Stone) is here because Paradise needs more bodies to torture. Tickle Monster goes straight for Scallop Fingers, much to the chagrin of probable personal injury attorney Jack Stone. He takes Scallop Fingers on a date where they totally hit it off and she likely leaves the mark of the trout on him. Maybe tickles and fish are the winning combination?

Dean is being distant with Kristina yet again and boy is it giving Kristina all the sads. He wants to continue to get to know D-Lo, mostly to admire her beauty, but he’s concerned that if he lets Kristina go, D-Lo won’t be as into him as Kristina is. Oh, baby bro, you’re playing the worst game with a very sweet girl. Kristina says she’s ready to check out, but she won’t. She’s stuck on this baby and won’t let go. LET GO, KRISTINA. DIGNITY AWAITS.

Unfortunately, not only do we have to wait to see the outcomes of all of these wars, there’s still an hour of studio interviews with Chris Harrison (UGH) continuing to use Corinne and DeMario’s incident as a teachable moment. There’s some nonsense about Adam and Raven and Jasmine and Matt and Rihanna and Drake and Taylor and Kanye and whoever wants to get dragged into this purgatory of romance and beef.

The heavily advertised Corinne interview is a series of non-revelations in which she talks about blacking out and not having any hard feelings about DeMario. Stay tuned next week when Chris Harrison interviews the sound boom operator about what he heard on that fateful night.