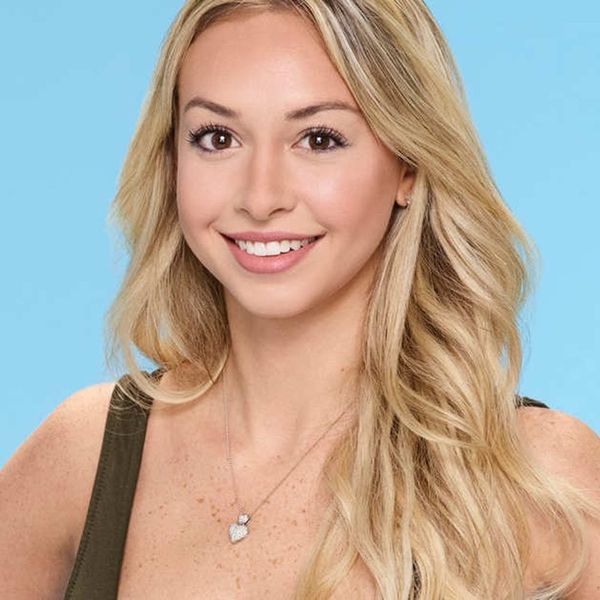 Earlier this summer, producers of the ABC hit show Bachelor in Paradise temporarily halted production to investigate potential misconduct of a sexual nature between contestants Demario Jackson and Corrine Olympios. Ahead of her sit down with Chris Harrison tonight, Olympios took time to chat with Good Morning America about what really went down during her brief stay in paradise, explaining how a mix of medication ended up creating a situation that was, “just really unfortunate.”

Olympios admitted this morning that she doesn’t really remember what happened while she was filming the reality show, and clarifies that while she definitely did drink “too much,” alcohol wasn’t the only factor involved in the situation.

“I was also on a medication that severely blacks you out and impairs your judgment and messes with your balance. But I didn’t know you were not supposed to drink on,” she said during her interview. “And so I really just caused a horrible, horrible blackout. It was like I went under anesthesia and just woke up.”

She also said that while she really doesn’t remember much of anything that night, she has seen some of the footage (including the BIP season premiere), and it felt like she was watching someone else. Because of the side effects of the medication she was on while filming BIP, Olympios says she’s weaning off to avoid any further blackout-like events.

At the time of the initial misconduct allegations, Olympios said in a statement that she was a “victim.” Asked to clarify today, she told host Amy Robach, “I was a victim of, you know, just being blown into the media and having people make these crazy, you know, assumptions and judgments about what happened that day. You know, I was really a victim of the media. All of a sudden people became an expert on the situation and what happened, and it’s like, ‘Well, I’m still trying to figure out what happened.’ It was just horrible to deal with.”

As for producers’ decision to halt production while investigating the incident, Olympios is grateful that they took the time to ensure that Olympios was safe and not assaulted. “I would hope that if a producer, you know, saw anything that they were uncomfortable with, with anyone, they would do the proper investigations.” In fact, she said, “I’m super thankful.”

As for Jackson, his post-show interview happened last week, and many BIP fans were not happy with how he handled the controversy, but with Olympios’ chance to speak in full tonight, we’ll get to hear her statement in full.

What did you think of the BIP shutdown? Tell us @BritandCo!

Kat Armstrong
Kat has been a writer, social media maven and mom for longer than she's willing to admit. She's also spent time in front of and behind the camera, interviewing celebs, politicians and acting as a producer for fashion and artistic photography shoots. When she isn't writing for various orgs and publications, she's hanging with her kids, husband and French Bulldog, Peter, in Toronto, Canada.
the bachelor
Celebrity News
the bachelor
More From Celebrity News