These Are Bachelor Nation’s Picks for Bachelorette Rachel Lindsay 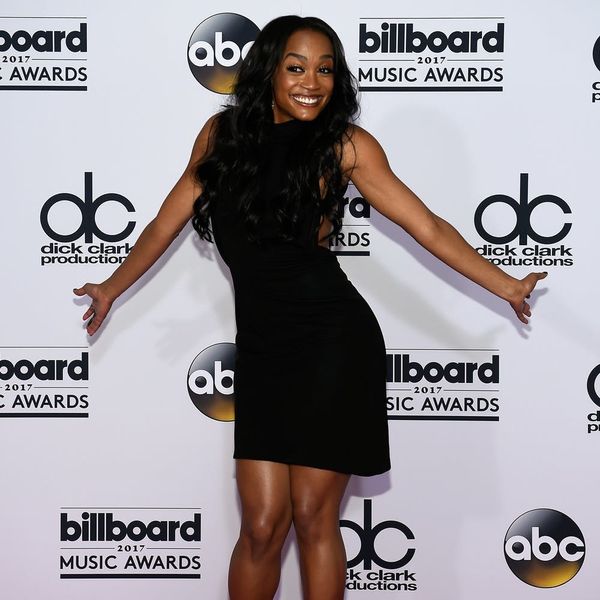 Now that Rachel Lindsay is down to her final three relationships on The Bachelorette, we’re itching to know whether Bryan Abasolo, Peter Kraus, or Eric Bigger got down on one knee. And we’re not the only ones. Her fellow Bachelor and Bachelorette alums are eagerly awaiting tonight’s season 13 finale too. We’ll all find out the identity of her secret fiancé soon enough, but in the meantime, here are Bachelor Nation’s picks and predictions for the last man standing.

Former Bachelorettes Ali Fedotowsky and Desiree Siegfried (née Hartsock) have been in Lindsay’s position before, and both think Abasolo could be her guy.

For Fedotowsky, Lindsay introducing him to her girlfriends was the tell. “I have never thought this entire season that Rachel would end up in Bryan until now,” she tweeted during the last episode before Men Tell All. “Meeting her friends speaks volumes!”

Meanwhile, Siegfried named Abasolo and Kraus as two of her early picks, noting the Dallas attorney’s chemistry with the Miami chiropractor and the Wisconsin business owner’s sweet demeanor.

Josh Murray, who knows a thing or two about getting engaged on The Bachelorette, thanks to Andi Dorfman, told People earlier this season that he could see Abasolo or Kraus ending up with Lindsay. He also reminded us all what really matters. “I just want Rachel to find happiness,” he said of the entire journey.

Becca Tilley, who made it to the final two during Chris Soules’ stint on The Bachelor, agreed with Murray. “I like Peter and I like Bryan,” she told Life & Style earlier in the season. “I’ve seen the most chemistry with those two.”

A snapshot into my daily life... Countless hours spent at @panerabread with borderline deadly amounts of coffee 😴😳😎When you do what you love, the hours in the day never seem to be enough and the days truly fly by. Workin hard to spread my love with you all!! #nodaysoff #beadreamer

Bachelor in Paradise exes-turned-friends Ashley Iaconetti and Jared Haibon both named Abasolo as their pick. “It’s just the relationship is, like, peaking at the right time, and it seems like now the past couple episodes, her and Peter are just not on the same page,” Haibon explained to Access Hollywood.

Sharleen Joynt (from Juan Pablo’s season of The Bachelor) thought Abasolo totally stole the Bachelorette’s heart after she introduced him to her family. “The most noteworthy thing was watching Rachel finally lose her cool and become distinctly defensive and protective of Bryan. It was reminiscent of JoJo defending Jordan — her final pick — towards her family,” she wrote for Flare.

Olivia Caridi, the so-called villain from Ben Higgins’ season of The Bachelor, is all in for Kraus, but mostly because she wants him for herself. “Peter is so good looking that I wouldn’t even be able to form sentences around him,” she tweeted.

Meanwhile, Kristina Schulman figured out who the real winner is when she tweeted, “I think all of America wants to be like @TheRachLindsay including me. Such a strong woman!”

Who do you think Rachel Lindsay will choose in the end? Tell us @BritandCo!

Alissa Schulman
Alissa is a Los Angeles-based entertainment journalist who finds no shame in her bad TV tastes. When she's not hiding behind her laptop, she's ordering too much food at restaurants or running around her neighborhood.
The Bachelorette
TV
The Bachelorette