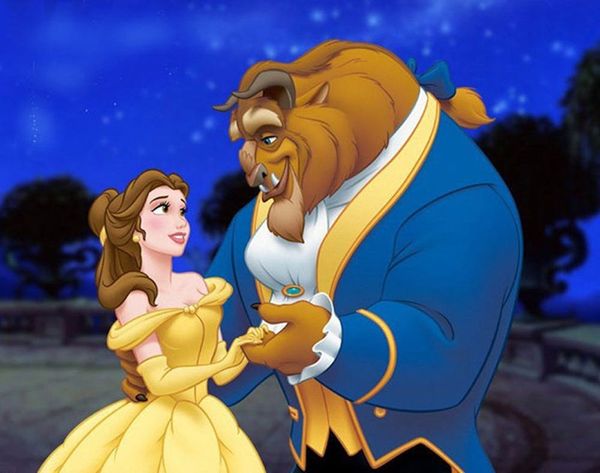 Esmerelda isn’t the only Disney Beauty worthy of being back on the big screen: Belle’s up next. After the Sleeping Beauty remake Maleficient crushed it at the box offices its opening weekend, Disney announced it has plans to put a twist on the tale as old as time with a live-action version of Beauty and the Beast. It’s the latest fairy tale in a string of remakes including The Jungle Book and Cinderella, and it’s definitely the one we’re geeking out about the most. ‘Cause even though the CW has helped keep the magic alive with its small screen modern-day rendition, we’re really ready to see how a blockbuster-sized budget can make one of our favorite childhood tales even more enchanting.

The fairy tale remake will be directed by Bill Condon, who’s well known for adapting larger-than-life musicals into just as spectacular flicks. Condon penned the script for the glitzy 2002 Chicago remake and wrote and directed Dreamgirls in 2006, a film full of powerhouse performers like Jennifer Hudson and Beyonce. So we’re banking on the B+B cast to be just as epic. No news on who’s in the running for the leading roles — though Refinery29 reports that Emma Watson may be the top pick for Belle, which means our dear Em has been holding out on giving us yet another reason to obsess over the her: Her voice! While we add that to reason 1,001 to love Emma, we’ll fill your imagination with some of our other favorite double-threat celebs who we can see bringing Belle and her hairy “Prince Charming” to life.

Belle of the Big Screen Ball

Anne Hathaway: We loved watching Anne belt her way to an Oscar win in Les Mis, but we’re ready to see the A-lister use her singing chops in a less completely-heartbreaking role. The transformation we REALLY want to see is from pixie cut to princess bun: It would be the second best Disney makeover she’s ever received.

Kristen Bell: After voicing Anna in Frozen, the highest grossing animated film of ALL TIME, KB is definitely Disney’s current sweetheart. And since there’s no such thing as too much Kristen Bell, we’re hoping that the producers aren’t ready to give up on our #girlcrush and let it go.

Taylor Swift: We imagine that if any person could enchant birdies to style out her gowns IRL, it would be Taylor Swift. We know, we know: Wrong princess. But really, Tay possesses the floating-on-air grace, the sweeter-than-candy voice + the flowy princess hair to pass as any DP <3. She’s already tested her acting chops in Valentine’s Day + gone brunette for The Giver, so we imagine the next step in T.Swift’s acting career = spotlight.

Emmy Rossum: Actress/songwriter/crooner(!)/opera singer(!!) Emmy definitely has the musical talents to merit landing the leading role in one of the most epic Disney musicals of all time. Plus, there’d be nearly zero need to style her out — she already looks just like Belle. Some ladies are SO lucky.

Anna Kendrick: We already got a glimpse of what an Anna x Disney collab would look like when she slipped into a mermaid tail for a spoof of The Little Mermaid on SNL and hammed it up perfectly with wide blinking eyes + high-pitched wonderment. All joking aside, we’re certain Anna could tone it down sweetly for the MMP and bring a spunky charm to bookish Belle tons of gals could relate to.

Best for the Beast

Hugh Jackman: Could there BE a more perfect role for Wolverine/Tony winner Hugh Jackman? No. There could not be. The only risk in casting him would be that he’s too charismatic. Ugh, what a fatal flaw to have!

Chris Hemsworth: It only makes sense that the Aussie hottie who plays the manliest comic book hero ever takes on the manliest Disney prince(ish) of all time. Plus, we’ve already done casting directors a solid and stared into his baby blues like Belle would and the swoon factor is extremely high.

Channing Tatum: Can Channing sing? We don’t know, and frankly we don’t care. He’s built to be the Beast, and we’re ready (eager, even) for him tap into his sensitive side and maybe even teach Belle a new move or two on that ballroom floor!

Kellan Lutz: Kel’s already quite familiar with the whole mythical creature role as the hunkiest member of the Cullen crew in Twilight. Now that the Team Edward/Jacob madness has cooled, this could be the breakout part that makes him a must-cast leading dude for flicks to come.

Jared Leto: Okay, maybe we’re just letting our little indie hearts cloud our judgement a tiny bit, but hear us out: Jared Leto’s been known to undertake roles with drastic weight transformations before, so we feel like the 30 Seconds to Mars singer would jump at the challenge to bulk up for the B. Plus, we already know he can rock a killer man bun.

Who do you see as the next Belle + Beast duet? Tell us in the comments below.