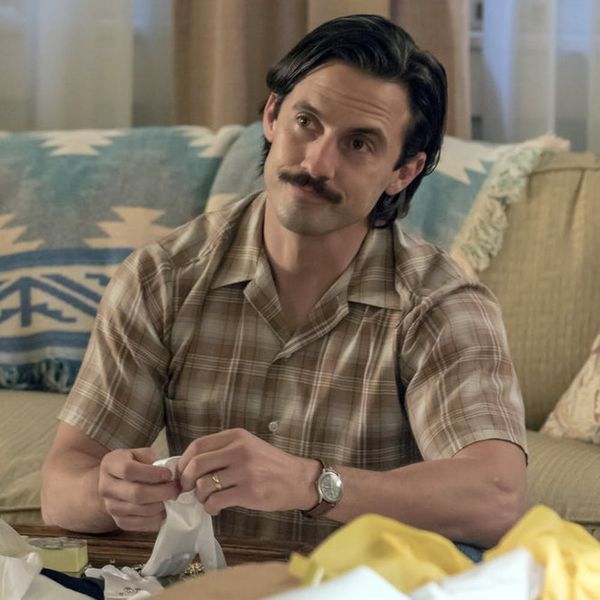 Anyone who obsessed (and ugly-cried) over season one of This Is Us knows that Jack Pearson (Milo Ventimiglia) is no longer alive in the show’s present-day timeline. The first teaser for season two made a past-tense reference to him, but it didn’t offer any new insight into the one thing everyone wants to know: How did Jack Pearson die? There have been numerous theories, including a cruel joke from Ventimiglia’s costar that Jack is actually still alive, and a pretty bonkers one about Rebecca (Mandy Moore) murdering him, which Moore shut RIGHT down.

But some of them are actually pretty believable. We’ll get a “big clue” about what happened in tonight’s season premiere, but for now, let’s look at some of the biggest and most realistic theories about Jack’s death.

Theory: He dies in a plane crash. There are a few different theories around the plane crash idea, and there are some convincing details to back them up. You might remember Kevin (Justin Hartley) once mentioning that, after his dad died, he destroyed all the model planes they made together. And Kate (Chrissy Metz) is shown to be a nervous flier. Furthermore, when we see the Pearson kids at their dad’s funeral, they’re depicted as teenagers, which would put the timeline near 1994 — right around the time a real USAir plane crash just outside of Pittsburgh killed 132 people. (Another popular theory that Jack was killed in the 9/11 attacks was debunked, and that timeline doesn’t add up anyway.)

Theory: He drives drunk and gets in a car accident. One of the few things we do know about Jack’s death is that Kate, his daughter, feels responsible for it. Toward the end of season one, it seemed like this could be due to her urging her father to go after Rebecca when she left on tour, which he did — after having a few beers. Ultimately, though, we saw Jack make it to the gig and even home with Rebecca afterwards. But Jack’s drinking is an ongoing problem on the show and in the family, and we’re not yet ruling out that his death could be related to a drunk-driving incident.

Theory: He dies of an illness. Some fans have speculated that Jack’s drinking problem could potentially devolve into alcoholism and result in his death. Other fans have wondered if his mental health could suffer and lead to him dying by suicide — a theory that could be supported by a scene in the Christmas episode, where Randall (Sterling K. Brown) talks a coworker out of suicide. Another theory is that Jack ends up dying of a heart attack — which would add a new layer to Toby’s heart attack last season.

Theory: He dies in a house fire. Fans have wondered why Miguel, Jack’s best friend, no longer mentions his wife and children in the present-day timeline — and how, exactly, he ended up married to Rebecca. Some viewers think Jack and Miguel’s family perished in the same devastating accident, and that the tragedy brought Miguel and Rebecca together. You might remember that, after getting in an argument with Rebecca, Jack went to stay with Miguel to get some space. The theory is that, while he’s there, a house fire breaks out, killing Jack and Miguel’s wife and children. This would also be a way to tie in the story of the firefighter who found baby Randall — a classic This Is Us twist.

Theory: He dies in an unexpected accident. In the episode “The Trip,” the Pearson kids go to the family’s old cabin, and Randall sees his dead adoptive father, Jack, up on a ladder cleaning the eavestroughs. To be fair, Randall had accidentally taken mushrooms, but could his vision allude to Jack falling to his accidental death? Perhaps while doing an inspection for his construction job, or an odd job around the house? There’s not much to go on here, but the suddenness would be heartbreaking.

Theory: Miguel kills him. The show’s creator, Dan Fogelman, has said that we’d come to love Miguel, so it’s unlikely that he murders the beloved Pearson patriarch — even if we’d love a reason to find his marriage to Rebecca sinister and unforgiving. This hypothesis is mostly just a joke, but it happens to be Ventimiglia’s favorite theory about his character’s death, so we’ve got to give it a nod.

How do you think Jack dies on This Is Us? Let us know @BritandCo!