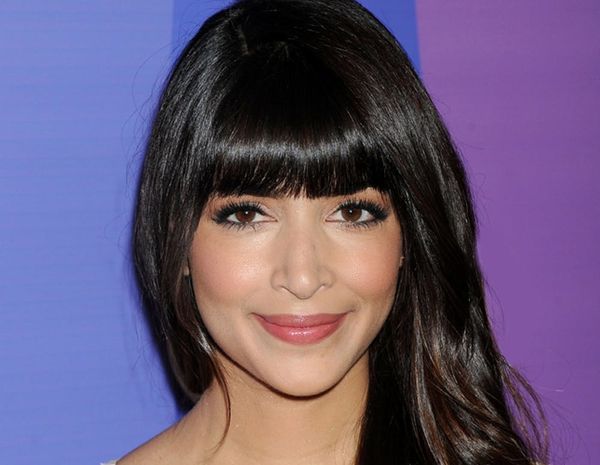 So you’ve been braiding your bangs again, eh? Well, we’ve got 12 bangin’ star-approved styles from past and present that’ll make you rethink growing your bangs out. If you’re toying with the idea of chopping up some fringe, these might even inspire you to bust out the scissors and cut your bangs yourself. (Just make sure you read our DIY first ;)

1. Zooey Deschanel: What would a list about bangs be without the queen of the fringe herself? Admit it, you thought about going bang-bold immediately after watching the first episode of New Girl. Go ahead, do it now. (via Ellen TV)

2. Jane Birkin: Zooey owes some serious props to one of the cut’s ultimate style icons. Naturally, the woman who inspired Hermes’ Birkin Bag would also have perfectly flawless bangs. Sometimes the universe works in very obvious ways. (via The Fashionel Diary)

3. Alexa Chung: This It Girl’s fringe game is always on-point. Known for her unique style as well as her unique take on the classic bob, we can’t help but obsess over her easy going look. (via Styleite)

4. Lily Allen: A bold lady needs a bold fringe, and a little splash of color takes it to a whole ‘nother level. (via Diva Report)

5. Nicole Richie: You don’t have to go bold to make bangs your thing. Nicole Richie made the long bang look glam. (via You Say Too)

6. Hannah Simone: Did you realize New Girl was full of bang envy? And Hannah Simone rocks the heavy bang so effortlessly, we’re left wondering, “Who wears it better?” (via Saw First)

7. Rose Byrne: In our eyes, Rose Byrne can do no wrong, and her full bang/bob combo is no exception. (via Hollywood Reporter)

8. Carrie Underwood: If you’re thinking about getting a sweeping bang, look no further for inspiration than Carrie Underwood. Really, could her side-swept bangs be any more perfect? (via Fan Pop)

9. Audrey Hepburn: Maybe not the easiest look to pull off, but Audrey Hepburn’s bangs are iconic. We’re not saying this look has to be paired with strong brows and red lips, but… okay, yes it does. (via The Toast)

10. Taylor Swift: This songstress has transformed from a freewheeling country tween to a sultry style maven, and we think it all started when she brought fashion-forward bangs into her look. Or when she revealed that John Mayer broke her heart. (via Posh24)

11. Bridget Bardot: No one in history has pulled off effortless style like Bridget Bardot. Anyone who wants to emulate carefree bangs should look no further than the woman famous for them + her pretty messy ponytail. (via My Daily)

12. Charlotte Gainsbourg: We didn’t know good-bang genes were a thing until now, because the daughter of Jane Birkin shares her mother’s uncomplicated style. Good bangs must run in the family. (via UMDB)

Whose bangs have inspired you to pick up the scissors? Let us know in the comments below!

Amanda DiGiondomenico
Amanda is a freelance writer and graphic designer who blogs about living a stylishly nerdy life at The Spendicate. A lifelong resident of Baltimore, MD, Amanda is an art school dropout, who managed to earn a masters degree in nonfiction writing. On the weekends, she's an expert guacamole maker, a novice jogger and an intermediate yogini.
Bangs
Makeup
Bangs Celebrity Style