Did Beyoncé Hint at Her Pregnancy in This Ivy Park Video? 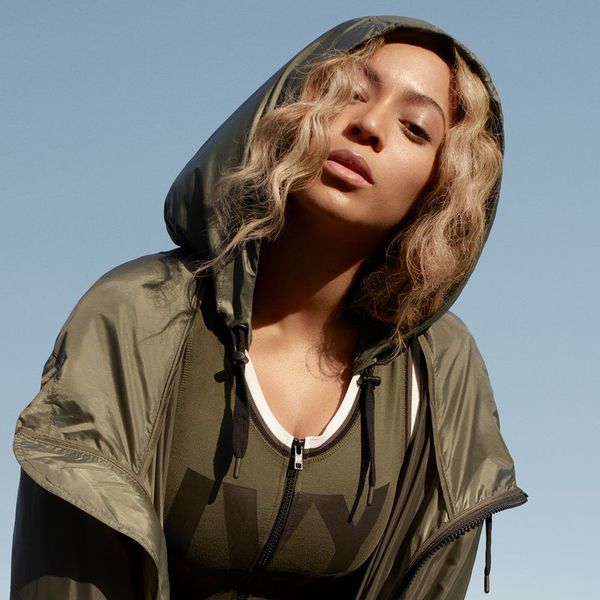 Beyoncé is one busy bey. Right before she shocked the world and announced on Instagram that she and her husband, Jay Z, are expecting twins (kicking off Black History Month proper), she debuted her second Ivy Park collection in a video — which means that she was pregnant when she shot the body-positivity campaign.

The inspiring one-minute campaign video begins predictably enough, with the athletic pieces on famous faces including Black-ish actress Yaris Shahidi and Lauryn Hill’s daughter Selah Marley (marking the first time anyone other than Queen Bey has officially modeled Ivy Park, BTW). But then things get interesting: Around the 24-second mark, Beyoncé appears on the screen, wearing a green form-fitting workout bodysuit and a windbreaker. The jacket is open and Beyoncé’s belly comes into focus. And although the still shots show Bey looking as slender as ever, fans were quick to point out that, in the video, it looks like the beginning of a pregnancy belly!

She sure snuck that by us!

The collection, which features a mix of Beyoncé-approved accessories, outerwear, sweatshirts, bodysuits and more, will be available online and in stores at Topshop, Nordstrom and other retailers later this month.

What say you? Is that the baby bump we see? Tweet us @BritandCo!

Channing Hargrove
Channing Hargrove is a freelance fashion editor and writer in New York City. When she isn’t writing about clothing (or shopping, for research, of course), Channing is writing about life in a tiny studio apartment in a big city — and what she’s wearing — on her blog, Channing in the City.
Athleisure
Celeb Style
Athleisure Beyonce Celebrity Baby
More From Celeb Style