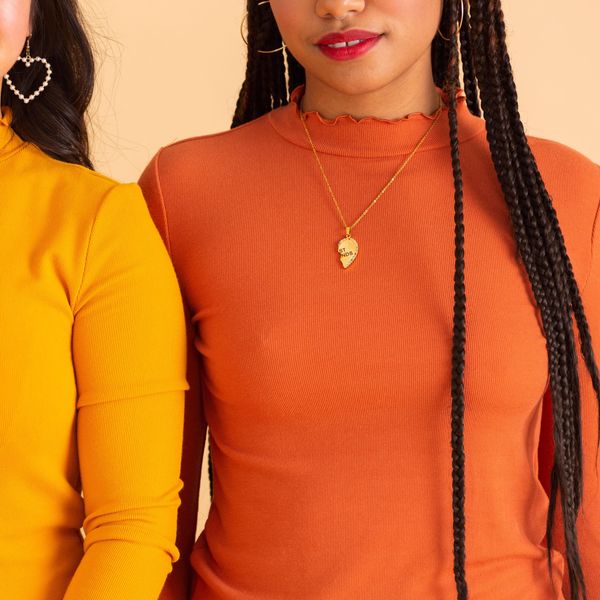 Today marks Black Women's Equal Pay Day, or the day Black women must work into 2021 to catch up to what white men earned in 2020 (the math: an extra 214 days). And while women were forced out of the workforce in droves during the pandemic, Black women and women of color fared the worst. Of the 2.3 million women who were either forced out or opted out, 564,000 were Black women and 317,000 were Latinas. The uphill climb to the top got steeper but many women in leadership roles in nearly every industry are making a difference. Here are some of the Black leading women, some in our 'Co and some we just truly admire, who are paving the way while helping to level the playing field for all.

Butterfield Jones made her mark as National Youth Vote Director for Obama for America, delivering one of the highest youth voter turnouts in American history. In 2016, she became the Global Head of Women and Black Community Engagement for Google and currently serves as The Recording Academy's first Chief Diversity & Inclusion Officer. She is also co-president of the company while focused on bringing more equity and inclusion into the music industry.

When Saint John talks, we can't help but listen. The Chief Marketing Officer at Netflix, curator of the @thebadassworkshop, and former Selfmade speaker, Saint John is a powerhouse with a purpose. She co-launched the #ShareTheMicNow IG campaign where 52 Black women took over the Instagram feeds of 52 white women with large platforms to draw attention to their social activism. She serves on the boards of Girls Who Code and Vital Voices and is a member of the Black Advisory Board for Impact, an initiative by the Council of Fashion Designers of America to address systematic exclusion of Black people in the fashion industry.

Rapley is an internationally recognized speaker, financial educator, best-selling author, and serial entrepreneur based in Atlanta. She is the founder of the award winning site, My Fab Finance where her mission is to help people make financial decisions they are proud of so that they can create lives they love. Furthering her commitment to holistic wellness, in 2019 she purchased Club Loofah, an inclusive self-care brand focused on inspiring and supporting regenerative practices for all.

Arlan Hamilton built a venture capital fund from the ground up, while homeless. She is the founder and managing partner of Backstage Capital, a fund that is dedicated to minimizing funding disparities in tech by investing in high-potential founders who are people of color, women, and/or LGBT. Started from scratch in 2015, Backstage has now raised more than $15 million and invested in more than 170 startup companies led by underestimated founders. In 2018 Arlan co-founded Backstage Studio which launched four accelerator programs for underestimated founders in Detroit, Los Angeles, Philadelphia, and London.

Principal of Black Futures Lab and co-creator of #BlackLivesMatter, Garza has organized around the issues of health, student services and rights, rights for domestic workers (as a director at the National Domestic Workers Alliance), ending police brutality, anti-racism, and violence against transgender and gender non-conforming people of color. She's also an amazing writer, who has been published in The Guardian, The Nation, Rolling Stone and more.

Harris has been a friend of Brit + Co for sometime and if you aren't already following the lawyer, activist, and niece of VP Harris, you should. Founder of the Phenomenal Woman Action Campaign, Harris raises awareness and funds for social causes like healthcare equity, criminal justice reform, gender parity, reproductive health, and political representation.

We've been crushing on Adeigbo's colorful, fashion-forward clothing for women for years. The forward-thinking, eco-minded founder and trailblazer is devoted to positively impacting the lives of women across cultures by utilizing female-owned production facilities in the U.S., and providing global artisans with meaningful employment and fair wages. From sourcing to delivery, Autumn embraces sustainable practices by purchasing in limited quantities and producing only what is ordered, minimizing fabric waste, excessive manufacturing, and surplus stock. Which means, her collections are eco-friendly and exclusive.

Burks Solomon is Head of Google for Startups, where she works to level the playing field for underrepresented startup founders and communities. She also serves as managing partner at Collab Capital, an alternative investment fund she launched to close the funding gap for Black entrepreneurs. Jewel's work and mission is about creating more access to the technology innovation ecosystem. She was named as one of Forbes 30 Under 30, one of Ebony Magazine's Power 100, and one of Atlanta's 100 Most Influential People.

Through the power of her personal coaching and her Own Your Story series, branding expert Christian helps women, including former Selfmade students, to connect their passion and purpose by telling their authentic story.

Former Selfmade coach, founder of ZeroGap, a leadership training and development firm for women, and best-selling author of Navigating the Career Jungle: A Guide for Young Professionals, Twillie is on a mission to eliminate the gender wage gap. She teaches women how to negotiate so that they don't leave any money on the table. Twillie will be hosting a Black Women's Leadership Retreat at Hotel Bennett in Charleston, South Carolina on Sept. 9th - 14. The goal? To support emerging and executive women leaders through heightened personal and professional self-awareness to broaden leadership impact.

Who are Black women leaders you admire? Share with us @BritandCo!