Remember the Women Who Fought Alongside Martin Luther King Jr. 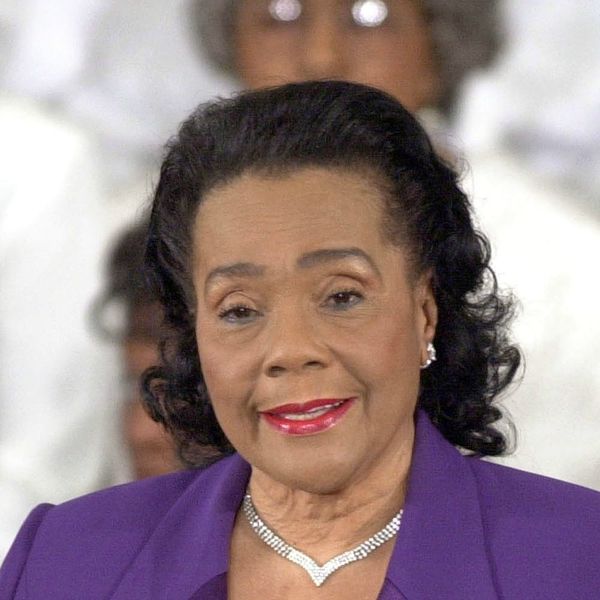 Martin Luther King Jr. Day has been celebrated for over 30 years in honor of the slain civil rights leader, as well as the Civil Rights Movement of the 1960s through today. While Dr. King’s legacy is an important part of American history, there were also many women who worked alongside the activist, often at the front lines. Despite not always getting their share of tribute, these women made the tough calls that would help see the movement gain ground through protest, active political engagement, and more.

While we honor the life of Dr. King, it’s high time that we also honor the work of the many women who made his movement possible at all. Here are just a few of them.

Coretta Scott King (pictured above): Dr. King’s wife was a social justice powerhouse in and of herself. Besides maintaining Dr. King’s civil rights actions through his numerous wrongful imprisonments, Scott King completely took over her husband’s work following his assassination in 1968. Scott King spent her life fighting not just for Black civil rights, but women’s rights, LGBTQ+ issues, world peace, economic equality, and other social justice issues until her death in 2006.

Dorothy Cotton: Cotton served as the director of education for the Southern Christian Leadership Conference — Dr. King’s civil rights organization — and was one of the highest-ranking women in the group. She managed the training of over 8,000 people in nonviolent protest, voter rights, and even basic reading and writing for those who lacked the necessary skills to get onto the voter roll.

Ella Baker: Often called the Mother of the Civil Rights movement, Baker was handpicked by Dr. King to be the executive director of the SCLC. She famously butted heads with Dr. King, who didn’t always love deferring to a woman’s decisionmaking. Prior to joining the organization, Baker worked to combat lynchings, taught workshops, advocated for teachers’ salaries, and was the director of multiple NAACP satellite offices.

Jo Ann Robinson: A professor of English at what is now Alabama State University, Robinson was the president of the Women’s Political Council, an organization that was dedicated to ensuring that Black people in the South were properly registered to vote. It was Robinson’s ability to organize that led to the Montgomery Bus Boycott: She and two other WPC members used a mimeograph machine to print some 50,000 filers calling for boycott in one night, which they distributed throughout Montgomery, Alabama following Rosa Parks’ arrest.

Fannie Lou Hamer: This voting rights activist was fired from her job as a sharecropper simply by registering to vote, solidifying her role as an activist. Hamer helped teach disenfranchised Black people in the South to read and write enough to be able to register to vote since, at the time, many Southern states had prohibitions on voter registration for individuals they deemed illiterate or uneducated (by in large, poor Black people). She worked extensively to desegregate the Democratic party and was active in state and federal politics.

Daisy Bates: After being raised by family friends in the wake of the rape and murder of her mother at the hands of unknown white assailants, Bates became awakened to the struggles of Black people and lived her life dedicated to fighting racial injustice in the South. As then-president of the Arkansas state conference of the NAACP, Bates was instrumental in the desegregation of Little Rock Central High School as the recruiter of the now-famous Little Rock Nine: nine Black students who were the first non-white students enrolled at the school.

Which civil rights activists would you like to see honored during MLK day? Let us know @BritandCo!

From Your Site Articles
Kat Armstrong
Kat has been a writer, social media maven and mom for longer than she's willing to admit. She's also spent time in front of and behind the camera, interviewing celebs, politicians and acting as a producer for fashion and artistic photography shoots. When she isn't writing for various orgs and publications, she's hanging with her kids, husband and French Bulldog, Peter, in Toronto, Canada.
Empowerment
More From Empowerment