Brie Larson Just Shared a Glimpse at Her ‘Captain Marvel’ Training, and It Looks Intense 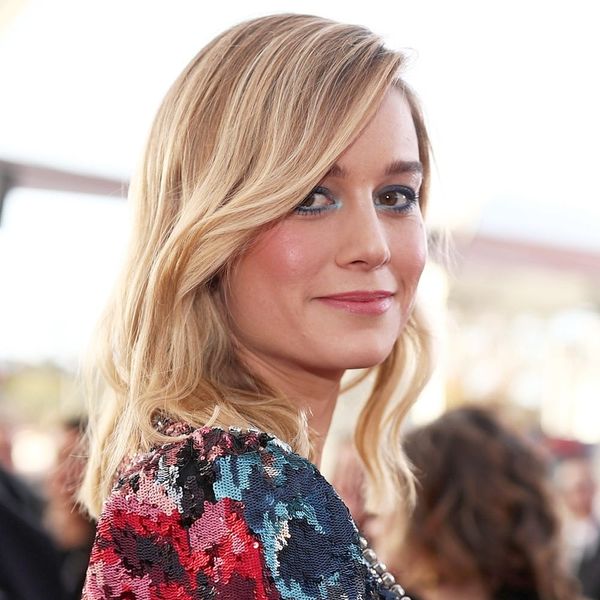 Though it’s still over a year away, Marvel’s upcoming Captain Marvel movie is already well into production, and the first photo shared by star Brie Larson has us counting the days till its 2019 release.

“Learning how to fly,” Larson captioned a photo of herself in a flight suit. The Oscar-winning Room actress is currently on the Nellis Air Force Base in Nevada to train for her role as Captain Marvel, AKA Carol Danvers, an Air Force pilot who acquires superpowers in an explosion that combines her DNA with an alien’s.

Learning how to fly. pic.twitter.com/D7ivzXJOHs

Employees on the base have been documenting their encounters with Larson in posts on social media, including one photo of the actress autographing a copy of a Captain Marvel comic book.

“Awesome time today showing the F15C to @brielarson and telling her the history, can’t wait for @captainmarvelmovie to come out!!” one photo caption read. Another said that the actress had stopped by the hangar to “prepare for flight.”

Larson was first rumored to have signed on as Captain Marvel in June 2016. A month later, at San Diego Comic-Con, the studio officially announced her as the franchise’s new leading lady. “Call me Captain Marvel,” she excitedly tweeted shortly after. She joins an already-amazing crew of women in the Marvel Cinematic Universe — who, if we’re lucky, we just might see in an all-female Avengers-style movie someday.

For now, we’ll be waiting for March 2019, when Captain Marvel is expected to hit theaters.

Are you excited for Brie Larson in Captain Marvel? Let us know @BritandCo!