Brie Larson Is About to Become Your New Favorite Superhero 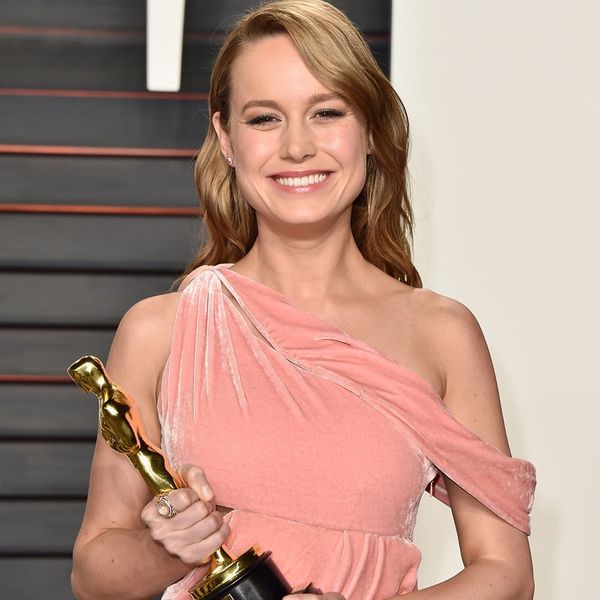 2016 is turning out to be Brie Larson’s year. She took home the best actress Oscar for her role in Room, and then she revealed she and her longtime BF Alex Greenwald are engaged. Now, it looks like Brie might have another iconic career move in the works. She’s in talks to play superhero Captain Marvel.

Captain Marvel is one of the most popular female superheroes. If you’re not yet familiar with Captain Marvel, she also goes by Carol Danvers. She’s an air force pilot involved in an accident that somehow combines her DNA with that of an alien. Naturally, she goes on to possess superhuman strength.

While no director is officially signed onto the project yet, Angelina Jolie is rumored to be in the running for the role. According to Variety, the screenplay is set to be written by Inside Out’s Meg LeFauve and Nicole Perlman. LeFauve and Perlman also co-wrote the Marvel hit Guardians of the Galaxy. Well, this sounds awesome. Just tell us where to buy tickets and we’re there.

Would you be stoked to see Brie take on this role? Share your thoughts with us on Twitter @BritandCo.