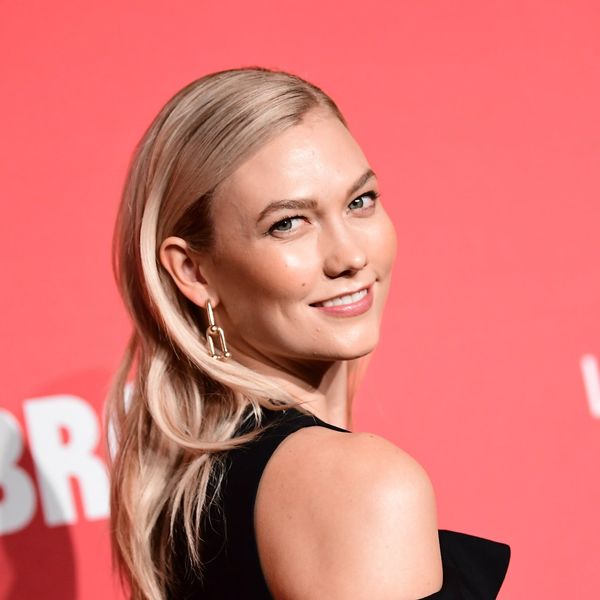 Having one super-successful career is enough for most people, but that's not the case for some of Hollywood's biggest stars. Famous women like Karlie Kloss, Rihanna, and Reese Witherspoon not only dominate the entertainment industry, but have also created their own brands and companies on the side. Check out these 11 business-savvy stars. (Photos via Emma McIntyre/Getty Images + Jamie McCarthy/Getty Images + Christopher Polk/Getty Images)

Karlie Kloss: A former Victoria's Secret Angel who's appeared in the likes of Vogue and Vanity Fair while also walking the runway for some of the biggest designers in the world, Kloss has a side hustle as a computer programmer. She began learning code in 2014 and the next year partnered with the Flatiron School and Code.org to launch Kode With Klossy, an initiative that runs camps, scholarships, and other programs to "empower girls to learn to code and become leaders in tech." (Photo via Emma McIntyre/Getty Images)

Gwyneth Paltrow: After years of starring in popular movies like Emma (1996), Sliding Doors (1998), The Talented Mr. Ripley (1999), and Shakespeare in Love (1998), Paltrow launched goop in 2008. The lifestyle brand — which includes a website, a print magazine, a podcast, events, collaborations, and products — is now so popular that it has replaced acting as Paltrow's main focus. (Photo via Jason Merritt/Getty Images)

Reese Witherspoon: Witherspoon isn't just a force in front of the camera. Her Hello Sunshine production company is responsible for bringing female-focused stories like Big Little Lies and Wild to the screen. (Photo via Christopher Polk/Getty Images)

Kate Hudson: Hudson, who first earned legions of loyal fans thanks to roles in movies like Almost Famous (2000) and How to Lose a Guy in 10 Days (2003), now has her very own activewear line, Fabletics. With a mantra that encourages women to "live your passion," Hudson's super-trendy brand aims to outfit anyone who's "competing in an iron(wo)man competition, sweating in the studio, or chasing after your kids." (Photo via Christopher Polk/Getty Images for Turner)

Drew Barrymore: Barrymore started her own cruelty-free cosmetics company, Flower Beauty, in 2012, and every product is infused with the same daisy-loving vibe that has made fans fall in love with her on screen. (Photo via Dimitrios Kambouris/Getty Images for Glamour)

Beyoncé: Whether she's bringing down the house at Coachella, staging the ultimate halftime show at the Super Bowl, or directing and starring in her very own Netflix special, Beyoncé is an entertainment powerhouse. But she doesn't just kill it onstage. In recent years, she has branched out into other industries, founding an activewear line, Ivy Park, in 2016, in collaboration with the London-based retailer Topshop. More recently, in 2018, she and husband Jay-Z partnered with 22 Days Nutrition, a lifestyle company that offers plant-based products, a vegan meal delivery service, and a handy online meal planner. (Photo via Mike Coppola/Getty Images for People.com)

Ellen DeGeneres: In addition to her signature dance moves, DeGeneres has a signature style — and now a lifestyle brand, ED by Ellen, to go with it. Started in 2015, the company sells clothing, household items, and pet products, among other things. (Photo via Christopher Polk/Getty Images for The People's Choice Awards)

Portia de Rossi: Ellen DeGeneres isn't the only member of her family who has ambitions outside of Hollywood. De Rossi, married to the comedian since 2008, has stepped away from acting in recent years to embrace another kind of creative passion with General Public Art. The art-tech startup aims to "bring good art to more people" through a special method of 3-D printing. (Photo via Rich Fury/Getty Images)

Rihanna: RiRi can seemingly do no wrong, and that includes her incredibly successful Fenty Beauty brand. Initially launched in 2017, the cosmetics company has been praised for its products catering to a wide range of skin tones. It was even named one of Time magazine's best inventions of the year. (Photo via Jamie McCarthy/Getty Images)

Jessica Alba: Alba, who has three kids, co-founded The Honest Company in 2011 with the intention of creating eco-friendly beauty, baby, and household products that are safe for you and your family. Despite facing criticism that some products don't work as promised and that the company wasn't being, well, honest about the ingredients, the brand was valued at just under $1 billion in October 2017. (Photo via Tommaso Boddi/Getty Images for Baby2Baby)

Miranda Kerr: The former Victoria's Secret Angel decided to spread her wings in 2009 by launching KORA Organics, a company that focuses on health, beauty, and skincare products. With input from organic chemists, aromatherapists, and formulators from Australia (where the model was born and raised), the brand features Noni extract, an ingredient that Kerr herself has used ever since her grandmother introduced her to it when she was 12 years old. (Photo via Erik Voake/Getty Images for Caruso)