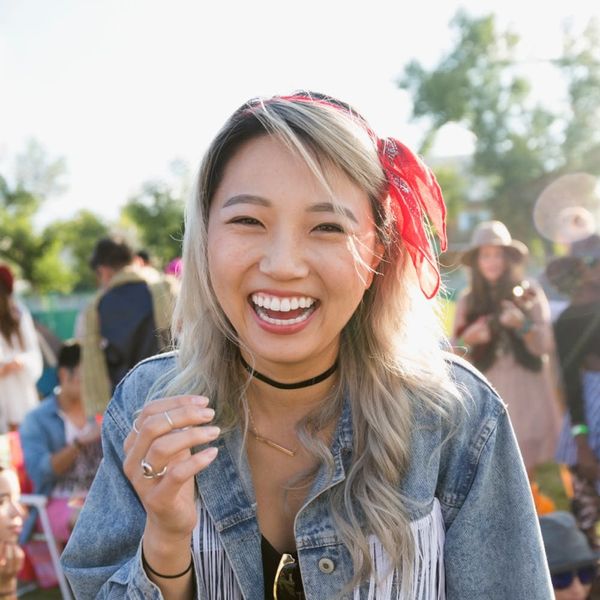 This all-too-convenient world of online shopping in which we’re living can feel equal parts wonderful and horrifying. Buy anything you want from your phone, computer, or tablet. Do it from the subway, the nail salon, or even the bathtub. You feel the immediate rush that comes with the satisfaction of getting exactly what you’ve been craving — and getting it fast. But then there’s the flip side: the not-so-good feeling that hits you when you realize that you perhaps didn’t need (or even want so badly) whatever it is you just bought.

Like most things, though, buyer’s remorse is all relative, and there are some purchases that stand to leave you more regretful than others… and others that can feel so aligned with your personality and lifestyle that it will be hard to feel anything but excitement about them. We’re talking about experiences, people — investments in concerts or trips or speaker series or festivals or other live events that may have the same price tag as a tangible item but give you a much higher return. According to new data from Eventbrite, three in five Americans would rather spend money on a luxury experience than on a luxury good. Americans are also twice as likely to feel guilty about spending money on stuff than on experiences that they can live out IRL.

Per Eventbrite’s GM of Consumer Tamara Mendelsohn, these widespread preferences are a function of a growing “experience economy” that recognizes the longer window of happiness associated with spending money on things that you can do instead of simply things that you have. “Experiences continue to create value for the person that purchases them far beyond just the initial receipt of them,” Mendelsohn tells us. “When you buy something, it arrives, and you have this momentary satisfaction in the unboxing. With an experience, the anticipation leading up to an experience actually delivers a lot of happiness and a lot of excitement, because there’s potential!” That excitement continues long after the event too, since attendees can relive it with friends, both in person and on social media.

Our continued obsession with sharing our lives and so-called “personal brands” online make up another important aspect of the experience economy, per Mendelsohn. “So much of our identities are now formed and amplified online,” she says. “You don’t share a selfie of a thing you just bought on Instagram, but selfies at events are all over social media. They reinforce who you are and your identity. I think there’s something in the desire to share who you are and to solidify that through social media that really comes through.” Sprinkle your social media presence with evidence of some cool experiences you’ve invested in, and your followers — both friends and strangers — can get a more well-rounded picture of your personality. Post a photo of yourself at a crazy tasting event, and it suddenly becomes clear that you’re an adventurous foodie. Share a snap of yourself on your mat at a yoga festival, and it’s obvious that you care about health and mindfulness. Curate a gallery of pics of your pals at a concert, and the Insta universe will know without a doubt that you’re social and excited about music. Any of these images is significantly more striking than a static shot of you posed next to a new kitchen appliance, medicine ball, or record player.

While attending events allows us to help build our personas more effectively online, Mendelsohn says that their ability to help build connections and memories offline is another factor in the reduction in guilt and buyer’s remorse that comes with them. “What’s driving a lot of this shift is the desire to get back to real life — to experience something with other people and to create those memories that really form our own memories,” she notes. “You don’t often reminisce about a text message you sent or a post that you read on Facebook, but you do reminisce about that life-changing concert or that inspirational speaker or that networking event where you ran into somebody that changed the course of your career. These are the moments that really make us who we are, and they happen offline and in real life.”

Tweet us about the last great live event you attended @BritandCo.