A Couple Accidentally Started the Carr Fire. Their Community Is Responding With Love 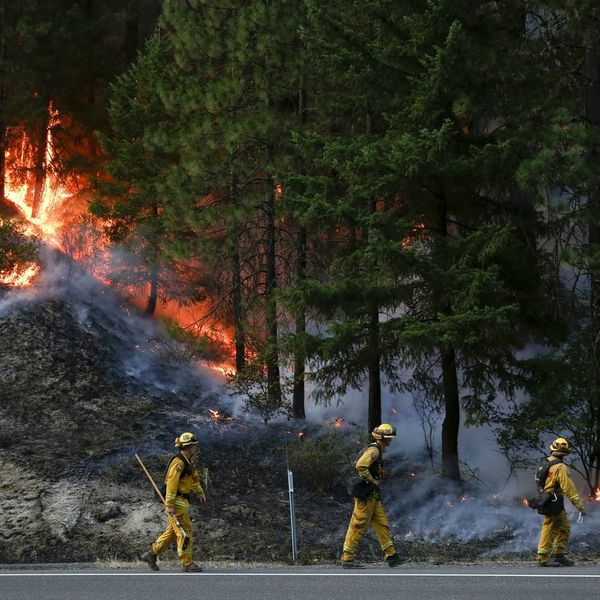 The community in Shasta County, California has come to the aid of the couple who’s road mishap accidentally started the Carr Fire, one of the state’s biggest wildfires this year.

On July 23rd, a spark from a flat tire rim hitting the pavement started the wildfire. As the fire blazed through the county, it grew — first by igniting dry bush and then by setting nearby homes aflame. The fire is now the state’s eighth worst in history with a seven dead, a burn area of more than 214,527 acres as of Wednesday evening, and the state and White House declaring the fire an official disaster.

When Redding resident Rachel Pilli read about the accident that started the blaze, it was compassion and not anger that took over. Posting on a Facebook group for the community, Pilli asked for support for the couple whose trailer was responsible for the tragedy. According to one post, the elderly pair is devastated that their vehicle’s mishap caused the fire.

“I was thinking if I could send a card, maybe my friends would also send a card,” Pilli told local news station KRCTV.

“We learned that his wife is blaming herself for the #CarrFire, because she asked him to take the trailer in the first place,” a post on the Carr Fire Stories Facebook page says. “She has been crying day and night on her couch. Do you think we can show some grace and extend kindness (and even forgiveness) for the shame and despair that she is experiencing? Would you like to send a note that we will include in a card for them?”

Soon, notes were pouring in for the couple, with hundreds writing to let the couple know that they shouldn’t feel guilty for the accident that started the fire.

“Please do not blame yourselves as accidents happen through no fault of anyone,” one commenter wrote.

“No one in my family blames them,” wrote another. “I hope they can forgive themselves, as it truly was an accident. Can’t imagine the weight they must carry.”

The administrator for the Facebook group, Hope Seth, says that she will be printing out the kind notes shared on social media and add them to the letters and flowers that will be sent to the couple who own the trailer.

“We had firefighters out there fighting the fire send notes, we’ve had counselors saying they would be willing to meet with the couple, we’ve had people who’ve lost everything and they are even saying it’s not your fault,” Seth told KRCTV.

Although the couple remains anonymous, Pilli says that the accident that started the fire has actually done some good for Shasta County by forcing the community to get together in a time of devastation.

“I think the fire has forced us to look into each others eyes and discover the human kindness we have in us,” she told reporters. “I think it’s so beautiful what came out of this.”

Kat Armstrong
Kat has been a writer, social media maven and mom for longer than she's willing to admit. She's also spent time in front of and behind the camera, interviewing celebs, politicians and acting as a producer for fashion and artistic photography shoots. When she isn't writing for various orgs and publications, she's hanging with her kids, husband and French Bulldog, Peter, in Toronto, Canada.
Activism
Current Events
Activism Environment