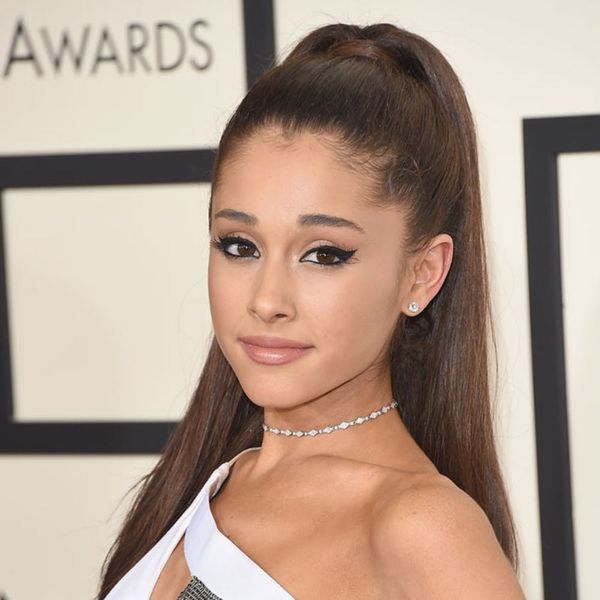 It turns out that some of the most important baby name influencers are a fascinating mix of actors, writers, sports stars, musicians and historical figures. What they all share: A charismatic and sometimes heroic image that can inspire parents… and their young namesakes. We’re sharing the biggest baby name influencers of our time, based on their names’ standings in the current US list of most popular names. Scroll on to see if your favorite creative baby name made the list.

1. Liam (Neeson): The widespread use of Number two boys’ name Liam can be directly tied to the ascendance of action hero star Liam Neeson. The name began its steep climb to the top in the early ’90s, closely tied to the growing fame of Neeson. The name originated as an Irish short form of William, which is in fact, the Irish actor’s full name. In recent years, the popularity of Liam, number one in several states, has been further bolstered by that of musicians Liam Gallagher and Liam Payne. (Photo via Andrew H. Walker/Getty)

2. Harper (Lee): Southern novelist HarperLee’s first name entered the girls’ Top 1000 in 2004, the same year her beloved book To Kill A Mockingbird was widely chosen for the One City, One Book reading program. The name has zoomed up the charts in the decade since then, reaching number 11 in 2014 and climbing to number one in North and South Dakota. Parents not directly inspired by the writer may have heard of the name via its high-profile choice for the daughter of Victoria and David Beckham, picked by the little girl’s older brothers after their favorite Disney character, Harper Finkle on Wizards of Waverly Place. (Photo via Chip Somodevilla/Getty)

3. (Bob) Dylan: Musician BobDylan famously adopted his name from Dylan Thomas and then made it more famous than the Welsh poet ever had. Dylan first appeared on the Top 1000 for boys in 1966, the year the folk singer’s Blonde on Blonde album was released. It’s been in the Top 35 for boys for more than two decades now, most recently at Number 29. Dylan was given in 2014 to more than 10,000 baby boys… and nearly 1,000 baby girls. (Photo via Frazer Harrison/Getty)

4. Audrey (Tautou and Hepburn): The lovely image of Audrey Hepburn undoubtedly helped the modern popularity of this old saint’s name, but it was the appearance of charming French star Audrey Tautou in 2001’s breakout hit Amelie that propelled the name into the Top 1000 in 2002. In the dozen years since, the two stars have helped make Audrey the Number 36 girls’ name in the US, its highest standing ever. (Photo via Hulton Archive/Getty)

5. Arianna (Huffington) and Ariana (Grande): Both spellings of this name, a Latinate variation of the Greek Ariadne, have been very popular over the past few decades. The rise of the Arianna form can be closely tied with that of media empress Arianna Huffington: Arianna entered the Top 100 in 2003, the same year Arianna Huffington ran for governor of California. Its standing only increased with the 2005 founding of Huffington Post, reaching Number 40 today. The Ariana spelling is slightly more popular at Number 37, bolstered by pop star Ariana Grande, who has 45 million Instagram followers. (Photo via Jason Merritt/Getty)

6. Aaliyah: This Arabic name has risen improbably to Number 45 in the US due to the fame of the tragic one-named singer. It entered the charts at a whopping Number 202 in 1994, the year Aaliyah’s first album was released, and crossed into the Top 100 in 2001, the year the singer was killed in a plane crash. But the true popularity of the name is obscured by all the also-popular variations, from Aliyah (Number 168) to Aliya (Number 186) to Aleah (Number 423) to Alia (Number 729) and onward. Taken together, all the variations put the name near the Top 10. (Photo via Spencer Platt/Getty)

7. (John F.) Kennedy (Jr. and Sr.): President John F. Kennedy certainly helps burnish the image of this name, but what turned it into a hit name for girls was the gorgeous, rom p to Number 230 in 1995, the year JFK Jr. launched George Magazine. The fame of the name only grew as he married the following year. Today, Kennedy is the Number 54 girls’ name in the US. (Photo via Staff/Getty)

8. Peyton (Manning): Football great PeytonManning has made his name popular for both girls and boys. Peyton crossed over into the girls’ Top 100 in 2008, two years after Manning’s Super Bowl win. Spelling variation Payton ranks at Number 134 for girls, with Peyton standing at Number 210 for boys. The name entered the Top 1000 for both genders in the early 1990s and rose steeply in the late ’90s and early 2000s, as Manning won MVP awards and the Super Bowl. (Photo via Scott Halleran/Getty)

9. (Michael) Jordan: The powerful image of sports giant MichaelJordan has accomplished something highly unusual for his surname: Made it more popular for boys and at the same time, less popular for girls. While the name Jordan was widely-used for both genders throughout Michael Jordan’s active playing days in the 1980s and ’90s, Jordan left the Top 100 for girls in 2008, but remains at Number 55 for boys. (Photo via Zhong Zhi/Getty)

10. (Abraham) Lincoln: Lincoln is one of those names you may be surprised to learn has ranked among the Top 1000 since the list was founded in 1880. But it only reached the Top 100 in 2013, the year after the movie Lincoln was released to wide acclaim, winning Daniel Day-Lewis the Oscar for Best Actor. Lincoln is now Number 87 for boys in the US, and an astonishing Number 2 in South Dakota. Nearly 5000 baby boys were named Lincoln last year, but so were more than 100 girls. (Photo via Alexander Gardner/Getty)

11. Hadley (Richardson Hemingway): Hadley Richardson became famous by association when her husband, author ErnestHemingway, penned the novelistic memoir The Sun Also Rises. But her name became widely-used for babies only after her star turn in the hugely popular novel, The Paris Wife, published in 2011. Hadley entered the girls’ Top 100 in 2014. (Photo via John F. Kennedy Presidential Library and Museum)

12. Miles (Davis):Miles is another surprising name that’s always been among the Top 1000, but it didn’t take a decided turn toward the top until 1995. Although jazz great Miles Davis died in 1991, he was nominated for Grammy Awards in 1992 and 1993, and made the Hollywood Walk of Fame in 1998. Last year Miles, hit Number 108 on the boys’ popularity list, its highest rank ever. (Photo via Hulton Archive/Getty)

Did your favorite baby name make the list? Were you influenced by a celeb? Let us know in the comments below!