16 Celebrity Hairstyles That Will Make You Want a Side Part 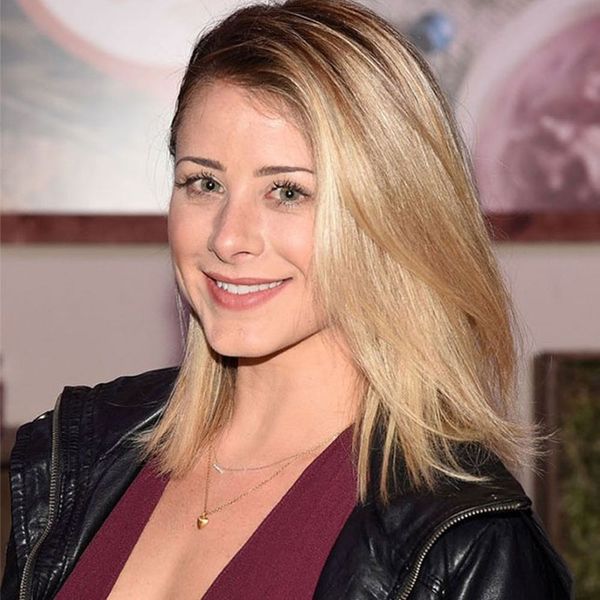 When it comes to hair, we’re all about mixing it up. Whether it’s killer curls, full-blown body or amazing braids, we’ve pretty much tried it all. Something we’ve been eyeing recently is the sassy side part, especially on our fave celebs. So ditch the center part, and take a look at these celebs who totally rock a bold side part.

1. Emma Stone: Our girl Emma Stone not only owns the red hair, but she also can pull off a side part with the best of them. Add a few waves to polish a ‘do like this. (Photo via Frazer Harrison/Getty)

2. Jennifer Aniston: Jennifer Aniston might as well be included in every hair post, because, well, her locks are almost as famous as she is. (Photo via Jason Merritt/Getty)

3. Julianne Hough: We can’t get enough of this DWTS star’s blonde bob, but we’re also loving the not-so-perfect side part. (Photo via Dimitrios Kambouris/Getty)

4. Lea Michele: Achieve Lea’s sideswept style by combing your hair away from your face and pulling it all to one side. It’s that easy! (Photo via Valerie Macon/Getty)

5. Amy Adams: Next time you go to the salon, take this pic of Amy Adams and you’ll end up with one fabulous, pin straight, parted look. (Photo via Ian Gavan/Getty)

6. Tia Mowry: Style your side part by tucking one side behind your hair — it adds such a chic touch. (Photo via Jason Merritt/Getty)

7. Selena Gomez: Opt for statement earrings to take your side part to the next level. Oh, and don’t forget about the red lip. (Photo via Angela Weiss/Getty)

8. Lauren Conrad: We basically love everything about LC (err, LT) and that doesn’t stop at her not-so-centered bob. (Photo via Sarah Hummert/Getty)

9. Kerry Washington: Everyone envies our favorite Scandal character’s fashion sense, but we also can’t stop looking at her sleek ‘do. (Photo via Pascal Le Segretain/Getty)

10. Penelope Cruz: How beautiful are Penelope Cruz’s long locks? Try parting your hair on the side, then add a half up, half down feature. (Photo via Carlos Alvarez/Getty)

11. Lucy Hale: Lucy Hale keeps her hair parted down the center on PLL, but she rocks a side part IRL. (Photo via Jason Merritt/Getty)

12. Khloe Kardashian: The Kardashian clan is known for parting their hair exactly down the middle, but we appreciate when they switch it up a little bit. (Photo via Astrid Stawiarz/Getty)

13. Jennifer Hudson: We envy this American Idol star’s pixie cut, but we also have some serious side part envy. (Photo via Jason Merritt/Getty)

14. Scarlett Johanson: Who says side parts can’t be done with super short hair? Scarlett Johansson is exhibit A that they can. (Photo via Jason Merritt/Getty)

16. Taylor Swift: T-Swift’s hair is perfection. Part your hair towards the end of your eyebrow and add a few loose waves to get this hairstyle. (Photo via Larry Busacca/Getty)

What’s your favorite way to wear your hair? Share your thoughts in the comments.

Samantha Tagher
Sammy was born and raised in the great state of Kentucky and attends the University of Kentucky, where she studies Marketing and Merchandising, Apparel + Textiles. She loves a great DIY project, is a loyal Apple customer and has a *slight* obsession with nail polish, office supplies and, of course, her seven pound toy poodle, Buddy.
Celebrity Hair
Style News
Celebrity Hair Hairstyles Kardashians
More From Style News