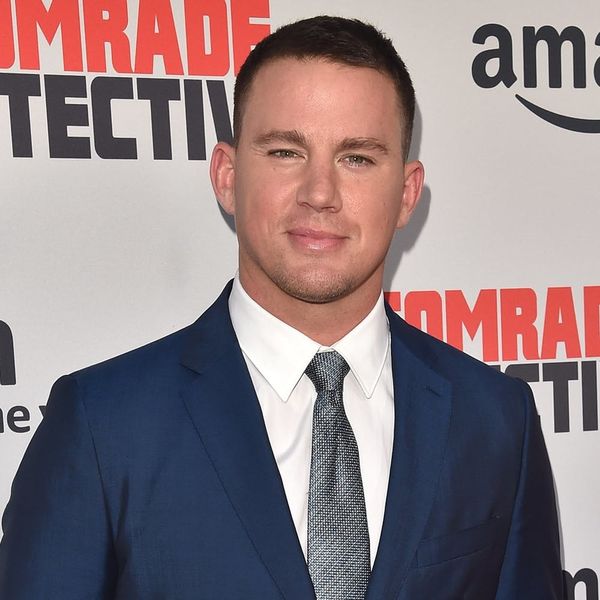 Never dare someone to do something unless you’re willing to take on an equally bold or cringe-worthy dare in return. That’s a lesson Channing Tatum has definitely learned after urging his Kingsman: The Secret Service costar Halle Berry to down an ENTIRE glass of whiskey at Comic-Con (though he now admits that he never thought she’d actually drink it all). To even the score, the actor dressed up like a Disney princess and belted out a Frozen tune — and you really need to see his performance.

Appearing on The Ellen DeGeneresShow just a few days after Berry’s sit-down with the comedian, Tatum agreed it was only fair that he honor her payback request (even though he already tried to make things up to her by sending a few Magic Mike Live performers to, um, bring a little joy to her day). And that’s how we ended up with one of Hollywood’s hottest actors looking less like a royal lady and more like a hot mess.

Incidentally, this wasn’t his first time lip-synching the Disney tune — which is probably why he’s so good at it. Back in 2016, when he competed against wife Jenna Dewan Tatum on Lip Sync Battle, he performed two songs: Beyoncé’s “Run the World (Girls),” with an actual appearance by Queen Bey, and Frozen‘s “Let It Go.” Dewan Tatum, of course, slayed with Ginuwine’s “Pony” (complete with a lap dance for her hubby) and Paula Abdul’s “Coldhearted.”

Watch the Hail, Caesar! star transform into a Disney princess above and see what you think for yourself. Though, if you have any lingering expectations about being able to keep a straight face through this, you really need to “let it go!”

What did you think about Channing Tatum’s Frozen costume/performance? Let us know @BritandCo!