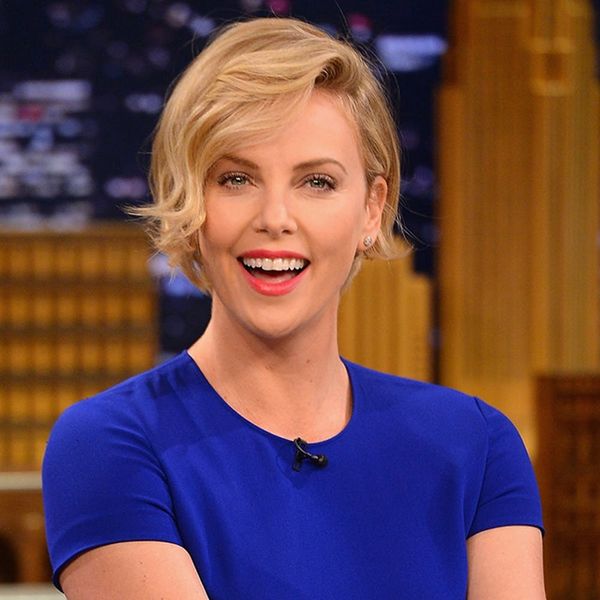 Ashlee Simpson wasn’t the only celebrity to reveal news of their daughter’s name over the weekend. News also broke that Charlize Theron — hair hack goddess, mega-talented actress + drop-waist queen — is now a mother of two after welcoming a daughter into her family. If you thought that was exciting stuff, wait until you hear her very timely name.

According to People, the little lady’s name is August, which is Latin for “majestic, venerable” and, oh yeah, pretty perfect for the peak of summer. People reports that The Dark Places actress worked with an adoption agency to obtain custody of her daughter, an African-American girl that was born in July in the US. She joins three-year-old big brother Jackson, who Charlize adopted in 2012.

Now with a brood of two, Charlize seems like she’s happy about having her hands full in her personal life. She told W magazine,”I do know that choosing to be a mom in my late 30s has been really great for me. It has given me perspective.” Congrats, Charlize + fam!

What are your thoughts on Charlize Theron’s new baby name? Let us know in the comments.