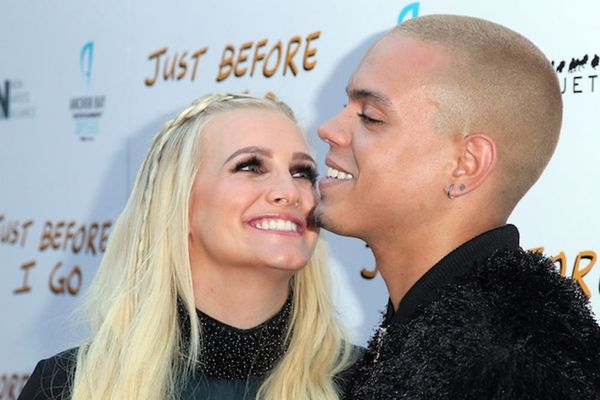 Last week, Ashlee Simpson’s husband Evan Ross shared the sweetest unseen wedding pics of their nuptials on his Instagram account just shy of their one year anniversary. July 30 marked another big day for the happy couple when they welcomed their first child together, a baby girl. With a big brother named Bronx Mowgli and the title of being Diana Ross’ granddaughter, you can bet this little girl was going to have one creative baby name, likely fit for a future album cover. The super proud parents announced the birth on their respective Instagram accounts and revealed the baby’s name this weekend: Jagger Snow Ross.

We wonder if Mick would be pleased?

What do you think of Ashlee’s baby name? Tell us in the comments below!

Kimberly Wang
Kimberly Wang writes about all things pop culture, tech, style, and beauty. She's a Bay Area transplant and has an MFA in Creative Writing from Columbia University. On a sunny New York day, you can find her hanging out with her mini schnauzer Isabelle Jellybean on a blanket in Central Park.
Baby Names
More From Baby Names