Chrissy Metz Dishes on That Shocking “This Is Us” Twist 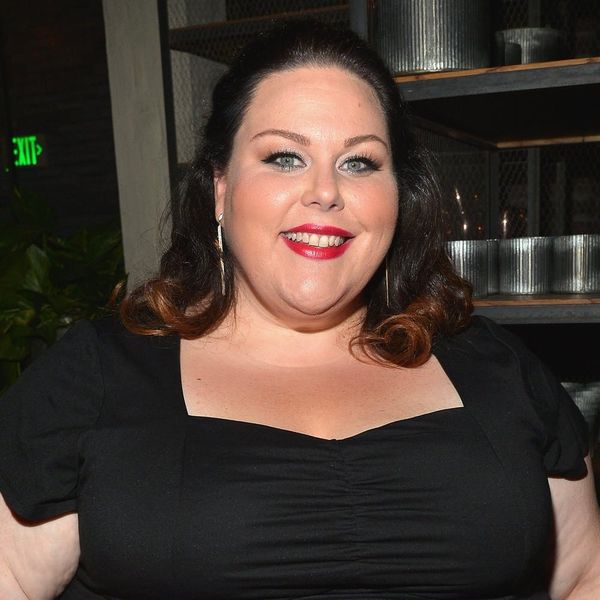 This Is Us viewers have been glued to the show’s second season waiting for one very important plot point to unravel: the cause of Jack Pearson’s death. Of course, there are always lots of other family threads running through the show too, and this week’s episode delivered a shocking reveal about another character that no one saw coming. Fair warning — there are spoilers ahead!

At the end of the October 17 episode, it was revealed that Kate Pearson (played by Chrissy Metz) is pregnant. Throughout the episode, she was focused on losing weight to fit into her dress for a singing gig, while her oblivious fiancé, Toby (Chris Sullivan), insisted that she take it easy. In the final scene, she asked her doctor, “So, is it still there?” To which her doctor replied, “Your poppy seed is now the size of a lentil. Congrats, you’re now officially six weeks along.” And we all gasped.

Speaking with EW about the surprise plot twist, Metz said that she’s known about her character’s pregnancy since the summer. She also told a fan on Twitter that the secret was so well-guarded that not even her IRL family knew what was going to happen.

Beyond difficult! My real family didnt even have a clue 😇 #ThisisUs https://t.co/VrH0WeDpp4

Metz told EW that she’s excited to dig into what this means for the rest of the season, and that she has a lot of love for the show portraying plus-size pregnancy.

“Everything is really unconventional, and I love that they’re talking about plus-size pregnancy,” she said. “I love that it’s not like, ‘Oh, here’s a plus-size girl just sitting in the corner, wishing her life would start.’ She’s actually living her life, and all of these really exciting things are happening, and it’s really nice. Because I don’t think it’s been portrayed — well, really anywhere. Especially network television. So I’m excited about it.”

In the show, Kate hasn’t told Toby just yet, but Metz said that we’ll get to see his reaction in episode five. Whether he’ll be as shocked as the rest of us remains to be seen.

How did you react to Kate’s pregnancy reveal? Send us your reaction GIF @BritandCo!