Christina Aguilera Hints at Some Superstar Collaborations During Her Vegas Residency 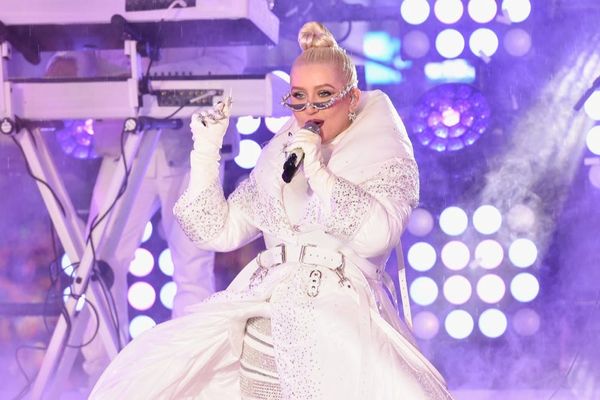 Be still, our pop diva-loving hearts. On Tuesday, January 29, Christina Aguilera announced that she’s launching a Las Vegas residency, joining a roster of former and current Sin City superstars including Britney Spears, Celine Dion, Jennifer Lopez, Mariah Carey, and Lady Gaga. And as the newest addition to the list, Aguilera is eager to learn from and maybe even collaborate with her predecessors.

Of reuniting with Spears, specifically — who costarred with Aguilera on The Mickey Mouse Club way back in the 1990s, and who did a four-year residency at Planet Hollywood — the “Beautiful” singer told E! News, “We’re in Vegas, it’s inevitable!”

While the Liberation singer didn’t divulge any concrete plans for an onstage collaboration — and Spears recently canceled her planned MGM residency after a family health scare — Aguilera said there’s a lot she could learn from the seasoned Sin City veteran and their fellow Vegas performers. “There’s so much history where I’m going and I just feel like calling up all those girls — Lady Gaga is the newest one there,” she continued. “I want to get the real scoop from all of them and be like, ‘What’s it really like? … Let’s bring all of our forces together and make this happen.”

Aguilera’s residency is set to kick off on May 31 at the Zappos Theater at Planet Hollywood Resort and Casino. The show, called Christina Aguilera:The Xperience, is described as “a multisensory escape to a world of magic and total freedom.” Part of that, Xtina says, is performing the hits that her fans have come to know and love her for.

“I like to cater to songs that I know my fans will be able to enjoy,” she told E! News. “My ears are open and I’m really listening to what my fans want to hear. I think it’s important to be there for them.”

Currently, The Xperience is set to run until October 5. Tickets go on sale this Saturday, February 2, at 10am ET/7am PT at christinaaguilera.com.

Who would you like to see onstage with Christina Aguilera? Let us know @BritandCo!