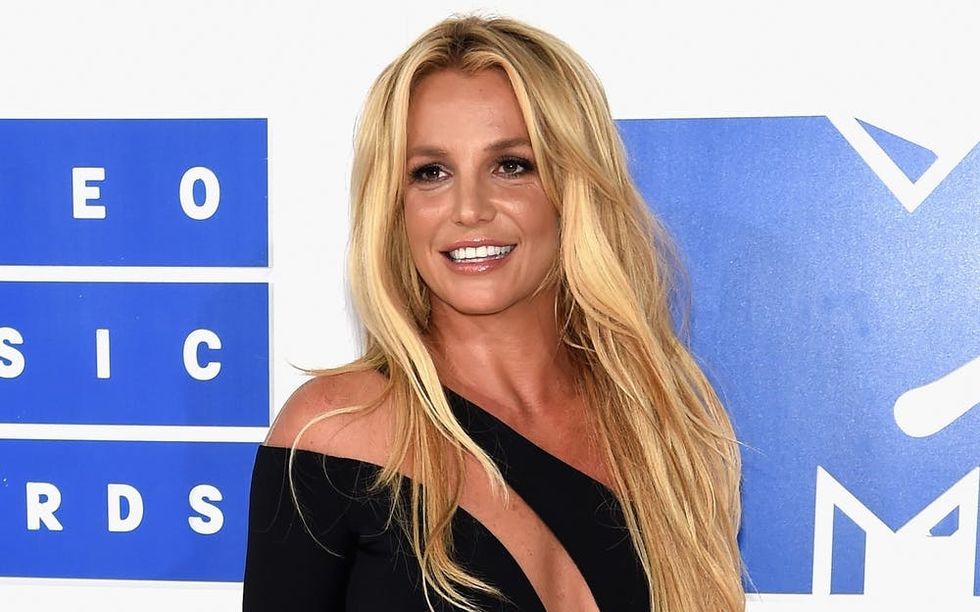 Britney Spears announced on Friday, January 4, that her Britney: Domination show at the Park MGM resort in Las Vegas is on hold, indefinitely, so she can be with her father, Jamie Spears, who recently suffered a life-threatening health scare.

“I don’t even know where to start with this, because this is so tough for me to say,” the singer captioned an old photo of herself and her parents, Jamie and Lynne Spears. “I will not be performing my new show Domination. I’ve been looking forward to this show and seeing all of you this year, so doing this breaks my heart. However, it’s important to always put your family first… and that’s the decision I had to make.”

She went on to explain the reason for her decision, telling fans that her father “was hospitalized and almost died” a couple of months ago. “We’re all so grateful that he came out of it alive, but he still has a long road ahead of him,” she shared.

According to The Hollywood Reporter, Jamie spent 28 days in the hospital after his colon ruptured. He is expected to make a full recovery, but the post-operative period has been long and “complicated.”

“I had to make the difficult decision to put my full focus and energy on my family at this time,” Spears wrote in her Instagram note, adding that refunds would be available to fans who already purchased tickets.

In a separate statement on her website, she thanked fans for their understanding. “We have a very special relationship and I want to be with my family at this time just like they have always been there for me,” she shared. “Thank you to all my fans for your continued love and support during this time. I apologize for any inconvenience this may have caused and I look forward to the time when I can be back on stage performing for all of you.”

We’re sending our best to the Spears family and wish Jamie a speedy and safe recovery.

Desiree O
Desirée O is a ‘Professional Bohemian’ who loves anything and everything related to the arts, entertainment, and pop culture. She ADORES being a ‘Newsy’ for Brit + Co, covering all of the latest tidbits of awesomeness that you want to read about. When she’s not writing, she’s either making messy art, going on long adventurous walks with her camera, or poking around over at bohemianizm (http://www.bohemianizm.com/). You can find out about Desirée O and her work at http://DesireeO.com/ or follow her on Twitter @DesireeO.
Celebrity
Celebrity News
CelebrityMusic