[Spoiler] Opens Up About That ‘Nashville’ Series Finale Surprise 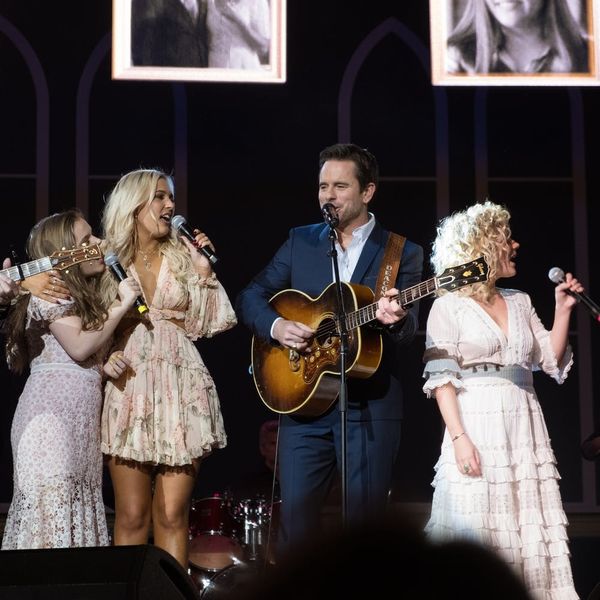 Warning: Major spoilers ahead. Do not read if you have not seen the series finale of Nashville.

Nashville went out with a song on Thursday, July 26, wrapping up six seasons of music and drama with a nostalgia-filled series finale. It even featured the return of one of the show’s former stars, Connie Britton, whose character, Rayna James, died in season 5.

CMT teased her cameo a few weeks ago, but it was unclear how the character would figure into the finale. Thankfully, we saw her not as a ghost but in a flashback to Deacon (Charles Esten) and Rayna’s wedding night. Britton also joined the cast onstage at the end of the episode for a fourth-wall-breaking final song.

“I’ll admit: When they first called me to do it, I was a little against it,” Britton told TVLine while chuckling. “Because I thought, ‘Rayna’s gone. And I don’t like the idea of having her come back as a ghost.'”

When series creator Callie Khouri explained that Rayna’s return would be a look into the character’s past, the actress was intrigued. “Then she told me about the last moment on the Ryman stage, and I loved the idea of that. So we made it happen,” Britton said.

Esten, for his part, said of Britton’s return, “Most of all, it was just my friend Connie again, and I think you’ll agree that that stage wouldn’t have been the same — especially the gang’s all here [number] — without Connie.”

Britton told TVLine that working with Esten again “felt just like picking up right where we’d left off. It just all came back.” However, she did admit that one thing had changed: her onscreen daughters, Lennon and Maisy Stella, who play Maddie and Daphne Conrad. “They’re like different people! I was like, ‘Oh my gosh, where are my little girls?” Britton said. “But they’re both doing great, and I will always love them.”

What did you think about Connie Britton’s appearance on the Nashville series finale? Let us know @BritandCo!