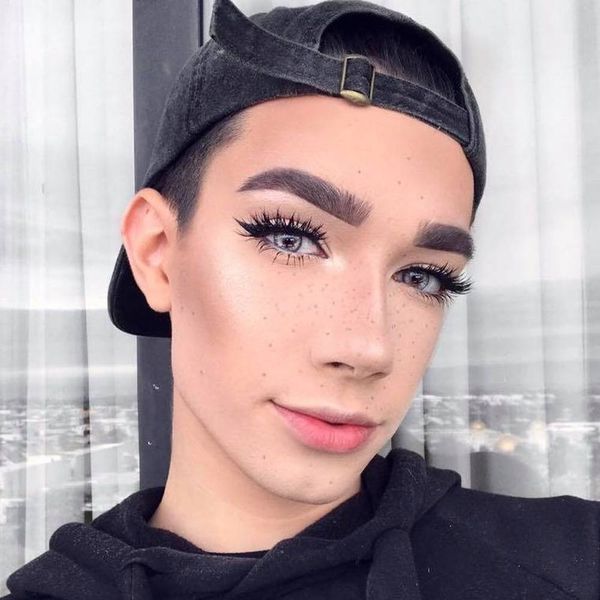 17-year-old James Charles has been getting plenty of attention ever since CoverGirl announced him as the company’s newest (and first!) male spokesmodel.

The attention he received today, however, was not exactly the welcome kind. While prepping for a trip to Africa, the cover boy made a major misstep and pulled a Demi Lovato by making a super insensitive tweet about catching ebola while there.

The tweet (now deleted), was a snippet of a conversation between him and an unnamed party which read, “I can’t believe we’re going to Africa today, OMG, what if we get ebola?” “James, it’s fine, we could’ve gotten it at Chipotle last year.”

Oof. Needless to say, many were NOT here for the lack of sensitivity, taking the young star to task.

It's so funny how you can destroy your career with one tweet. *cough James Charles cough*

@jamescharles you can go. Please. Exit to the left.

Has anyone started a #boycott @COVERGIRL and @jamescharles???

Likely horrified by the backlash, James quickly took to the interwebs to issue an apology…

I am extremely sorry. Regardless of my intentions, words have consequences. I take full responsibility and will learn and do better.

…but it clearly wasn’t the one he wanted to make, as he came back with what he says was a more genuine and lengthier post, explaining that the prior one had been composed by someone else and he actually felt terrible for his actions. Like, really terrible. The only problem? In the last line of the new post, he referred to Africa as a country, and not the continent it actually is — DOUBLE OOF.

The term stirred the ire even more, with folks rapidly letting him know of his error. James responded to this as well, saying that he had misspoke, but that he’d rather make a mistake and be true to himself than be someone else’s soundbite.

I misspoke & said country because we are traveling specifically to South Africa only. I know Africa is a continent and wanted to post an

ACTUAL, GENUINE, apology as soon as physically possible. I have a million things in my head right now. I am sorry and want to fix it somehow

i'd rather have it come directly from me and fuck something up than have someone else write an apology for me. https://t.co/LOWoww9BfS

Ay yi yi! We’ve gotta say, we’re a little torn on this one. While the original Tweet WAS out of line, particularly as a role model for young people the world over, we can’t even imagine having every dumb comment we made at 17 years old scrutinized and analyzed by the entire world (in fact, the thought is actually enough to make us cringe *shudder*). We have to at the very least commend him for TRYING to make things right and speaking from the heart — as inaccurate as it may have been.

And in the meantime, at least until things boil over, maybe this will see Maybelline’s male model, Manny Gutierrez get a boost?

Do you think James’s apology was sufficient? Sound off over @BritandCo.

Nicole Briese
Nicole is the weekend editor for Brit + Co who loves bringing you all the latest buzz. When she's not busy typing away into the wee hours, you can usually find her canoodling with her fur babies, rooting around in a bookstore, or rocking out at a concert of some sort (Guns N' Roses forever!). Check out all her latest musings and past work at nicolebjean.com.
Makeup
Entertainment
Makeup
More From Entertainment