Demi Lovato’s Apology for Laughing About Zika on Social Media Is, Umm, Interesting 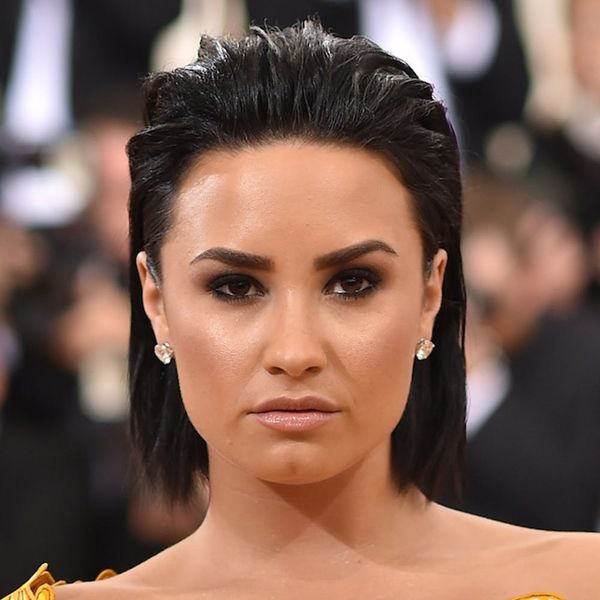 After the very outspoken Demi Lovato quit Twitter and Instagram back in June, she returned online just one day later, proudly proclaiming that she was “back more honest than ever.” Keeping to her promise, she soon shocked fans with a slew of brow-raising NSFW photos and now, she’s in hot water over what many are calling a tasteless, insensitive joke made on Snapchat.

Posted on Friday night, the video in question shows Demi’s mom, Dianna Hart, putting on a thick Southern accent and proclaiming into the camera that “everybody down in Rio gonna get the Zika virus.” Demi can be heard laughing in the background as she films the whole thing.

Almost as soon as the clip hit the Interwebs, the hashtag #DemiLovatoIsOverParty began trending, as folks voiced their serious disapproval of the comment. Many even compared laughing about Zika to laughing about a cause that’s near and dear to Demi’s heart: mental health.

Demi Lovato, ZIKA VIRUS IS NOT SOMETHING TO JOKE ABOUT.

Demi Lovato one more American joking about zika in Brazil… it's not funny !

On the flip side, the 23-year-old pop star also had some fans defending her by pointing out that anything said or done by her mother should not be taken as a reflection of her personal thoughts, even if she did laugh at the joke.

That "Demi Lovato is over" hashtag is literally the dumbest thing I looked through. Cause her drunk mom said something about Zika virus?! OK

As the topic continued to gain traction, Demi herself took to Twitter to issue an apology, writing: “In no way did I mean to offend anyone last night. I was laughing at how Southern my mom sounded, not the issue at hand. Deepest apologies.” Okay, fair enough. After all, everyone makes mistakes, so case closed right?

In no way did I mean to offend anyone last night. I was laughing at how southern my mom sounded, not the issue at hand. Deepest apologies.

Er, maybe not. Rather than leaving it at that, Demi once again proved that she’s unable to hold back when it comes to voicing her opinions on social media, immediately adding, “If you watch everything I do, you’re still a fan.. I ain’t goin’ nowhere bitches.”

If you watch everything I do, you're still a fan.. I ain't goin nowhere bitches 👋🏼

An interesting sentiment to share just seven minutes after what was supposed to be a heartfelt apology, no?

But wait! There’s MORE! Demi finished it all off with one final tweet, which seemed to bring her right back to square one.

It's an awesome feeling when you're so content with life and yourself that hate doesn't effect you.. Feelin' good y'all 👍🏼💗☺️

Once again, reactions ranged from support to shock, with many arguing that this third tweet voided Demi’s initial apology, stripping it of all its power and meaning.

Yikes! We’re gonna go ahead and back away from the computer now before this gets any uglier.

Barbara Pavone
Barbara Pavone is a pop culture-obsessed writer based in beautiful (but ridiculously cold) Montreal, Canada. When she's not working, she's sipping on a Pimm's Cup and daydreaming about her celebrity hero, Saint West.
twitter
Celebrity News
twitter
More From Celebrity News