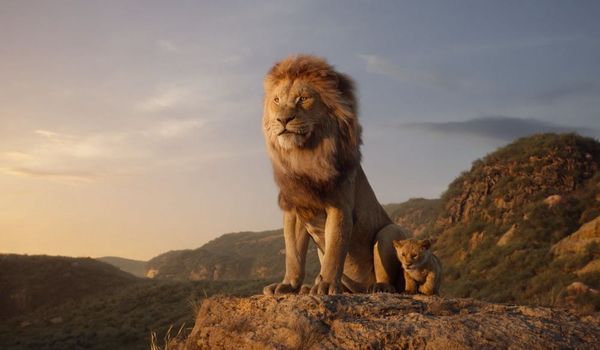 After dropping a short teaser late last year, Disney has finally unveiled the first full-length trailer for its upcoming live-action Lion King reboot — and it’s sure to give you chills.

The preview opens with a clip showing young Simba (Donald Glover) and Nala (Beyoncé) exploring the elephant graveyard as they come face to face with Scar (Chiwetel Ejiofor) and his dangerous pack of hyenas.

“Life’s not fair, is it, my little friend?” Scar says, menacingly. “While some are born to feast, others spend their lives in the dark, begging for scraps.”

The trailer then flashes to several other scenes that should look familiar to fans of the original 1994 animated classic: Mufasa (James Earl Jones) overlooking his kingdom, Simba (literally) following in his father’s footsteps, Rafiki drawing the young lion on a rock wall, Nala eyeing Simba across the river, and so on.

At one point, we even get a glimpse of a grown-up Simba and his friends Timon (Billy Eichner) and Pumbaa (Seth Rogen), complete with a taste of their musical prowess as they belt out their iconic rendition of “The Lion Sleeps Tonight.”

Throughout the trailer, we also hear snippets of wisdom from Mufasa. “While others search for what they can take, a true king searches for what he can give,” he advises his son. “You must take your place in the circle of life.”

The live-action film, directed by Jon Favreau, seems poised to show off some seriously stunning CGI — at times, you might even feel like you’re watching an episode of BBC’s Planet Earth. Check out the first full length trailer above, and see The Lion King in theaters on July 19, 2019.