Do You Dare Drink the New Starbucks Witch’s Brew Frappuccino This Halloween? 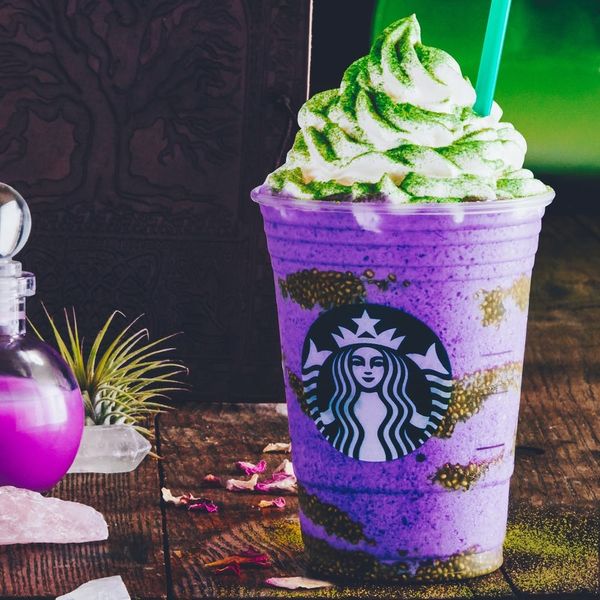 We can count on Starbucks for always delivering on its holiday-themed items, including pumpkin spice lattes in the fall, red cups and seasonal tumblers around the holidays, and definitely a wild Frappuccino for Halloween. This year is no exception. Prepare your tastebuds for the new Witch’s Brew Frappuccino.

The beverage’s purple base consists of “toad’s breath,” which Starbucks swears tastes exactly like the swirl orange crème Frappuccino. It’s mixed with green “bat warts,” known as chia seeds by some, topped with whipped cream, and garnished with powdered “lizard scales” (matcha powder).

While generally we’d not expect something concocted by a witch to be appetizing (not to be anti-witch, of course), this Frapp is totally is appealing while still being freaky enough for Halloween. The Witch’s Brew is available for a limited time at Starbucks stores in the U.S., Canada, Mexico, and select markets in the Caribbean starting today.

If you need a snack with it, the chain is also releasing a Mummy Cake Pop and a Raccoon Sugar Cookie. Because really, what is Halloween without its fair share of sugar?

Are you trying the new Witch’s Brew? Tag us in your photos on Instagram!