Ed Sheeran Has the Surprisingly Perfect Soundtrack for Your St. Patrick’s Day Party 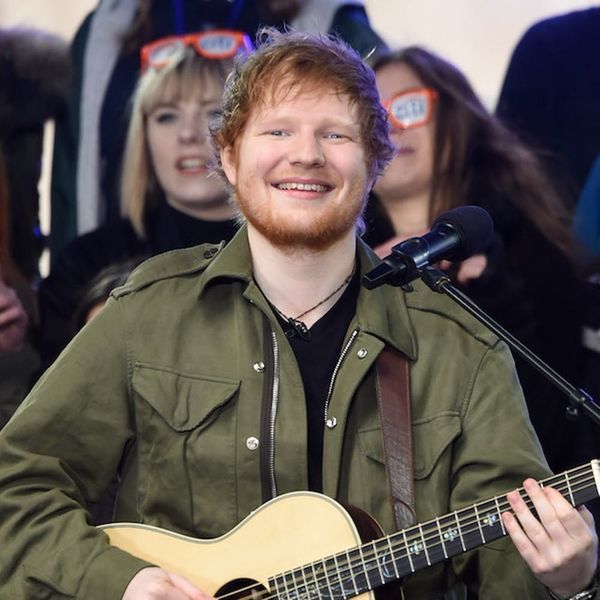 In case you haven’t noticed, Ed Sheeran is EVERYWHERE lately.

As if headlines like him hitting Justin Bieber in the face with a golf club weren’t attention-grabbing enough, it was recently announced that Sheeran would appear on Game of Thrones‘ upcoming seventh season (turns out Maisie Williams is a huge fan!).

And have we mentioned that his new album Divide is shattering charts records around the world? If you’ve already got it on repeat, you might have noticed the Irish music influences throughout. And if you haven’t heard it yet (um, impossible if you’ve ever turned on a radio), it’s the perfect time to get acquainted so it can soundtrack your St. Patrick’s Day party.

The most obvious Irish influences can be heard on “Galway Girl,” named for the small city on Ireland’s west coast where some of his family lives (Sheeran himself grew up in England). The song features a more traditional Irish folk sound, and Sheeran has said it was inspired by Irish folk band Beoga and, specifically, their fiddle player Niamh Dunne. Dunne appears on another Irish-influenced song on the deluxe version of the album, “Nancy Mulligan.”

Sheeran has also in the past repeatedlyconfessed his love of The Corrs, an Irish pop group who brought traditional Irish sounds to the charts in the ’90s. And it’s no secret that the guy is a huge Van Morrison fan — not only does his MASSIVE hit “Shape of You” feature a “Van the Man” shoutout, he has even said that he wanted “How Would You Feel” to sound like a classic track from one of Ireland’s greatest exports.

There are subtler ways too: One listen to “Castle on the Hill” and it might make you think of some old-school U2. Plus, there’s the observation made by Jezebel writer and Who? Weekly host Bobby Finger that if you put Sheeran in “a green hoodie, turn him on his side, and stretch out his face, he looks like an Irish flag.”

if u put ed sheeran in a green hoodie, turn him on his side, and stretch out his face, he looks like an Irish flag pic.twitter.com/JsG8eqZZvi

Okay, that one isn’t so much a musical observation, but it works!

Have you been listening to Ed Sheeran’s new album? Let us know @BritandCo!