Ed Sheeran Is Engaged, According to a Secret-Spilling Russell Crowe 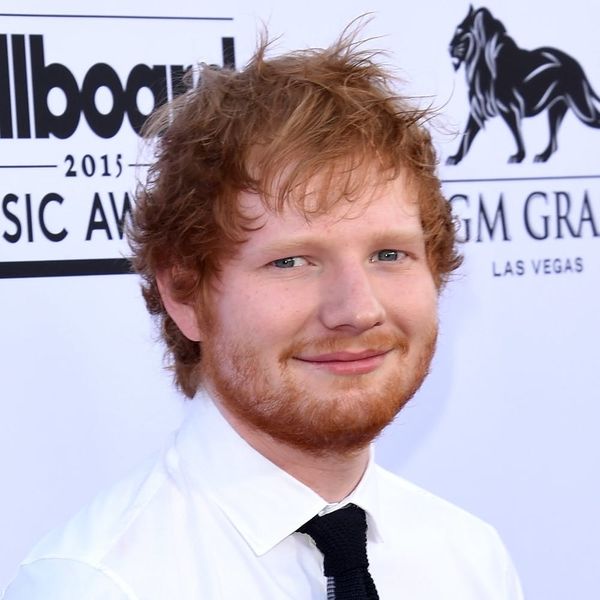 If you’re crushing hard on Ed Sheeran (and who wouldn’t be, with the swoon-worthy way he treats his lucky girlfriend), then Russell Crowe may have just broken your heart. That’s because the actor and friend of Sheeran might have just accidentally revealed that the singer is engaged. Looks like those rumors that Sheeran may be quitting music soon to focus on a family might have more weight to ’em than he’d like us to believe.

Crowe surely didn’t mean to spill the tea while chatting with Australian radio show, Fitzy and Wippa, but according to InStyle that’s exactly what happened. Revealing that he’s pals with the “Shape of You” singer, Crowe gave a few details on how their friendship bloomed saying, “We became friends through people we know, and he was on tour and came to stay [at my farm in New South Wales]. We just became friendly, and he has since come back with his fiancée for more time and stuff.”

And while that sounds simply lovely, there’s also a bombshell in there: Russell Crowe said that Ed Sheeran has a fiancée, not a girlfriend. OMG! That has people wondering if the 26-year-old crooner has been introducing his lady, Cherry Seaborn, to folks as his fiancée. And if so, oh my!

Together since September 2015, the two former high school friends have kept their relationship relatively private when it comes to Hollywood terms, so it’s totally possible that Sheeran may have popped the question without anyone outside of his close circle having any clue that he’d made such a romantic gesture.

Now, we’ll just have to wait to see if Ed Sheeran attempts to deny the buzz or if he’ll confirm that a wedding is indeed on the way.

Do you think Ed Sheeran might be engaged or are you hoping that it’s not true? Let us know @BritandCo!